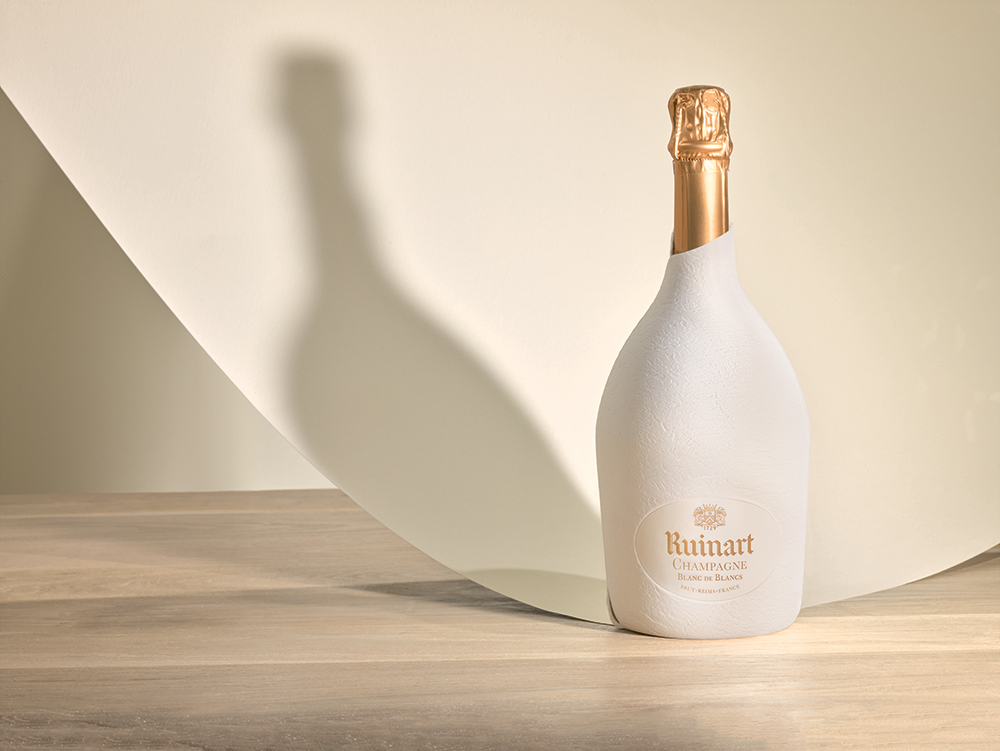 Seven prototypes responded to considerations specific to the delicate nature of the wine, including protecting the bottle from light by using a natural metallic oxide layer to reinforce the opacity of the case. Crucially, 91 per cent of the water used to press and shape the case is clean enough to be released back to the source – the rivers of the UNESCO world heritage landscape in the UK Lake District, where James Cropper is based. Half of the remaining nine per cent evaporates during the drying process of the pulped paper, and the other half is present in the case. The finished product is nine times lighter (40g vs 360g) than the previous generation of gift boxes, reducing the carbon footprint by 60 per cent.

Aesthetically minimalist, the matte paper case is engraved with detailing inspired by Ruinart’s Crayères (chalk cellars) and is contoured to the shape of the bottle with a button closure featuring the Maison monogram. Ruinart has not patented the case in an effort to encourage similar sustainable packaging solutions from other brands.

The launch of the new case follows other initiatives that celebrate a sustainable approach, including residencies with artists focused on environmental issues, such as this year’s collaboration with British artist David Shrigley.