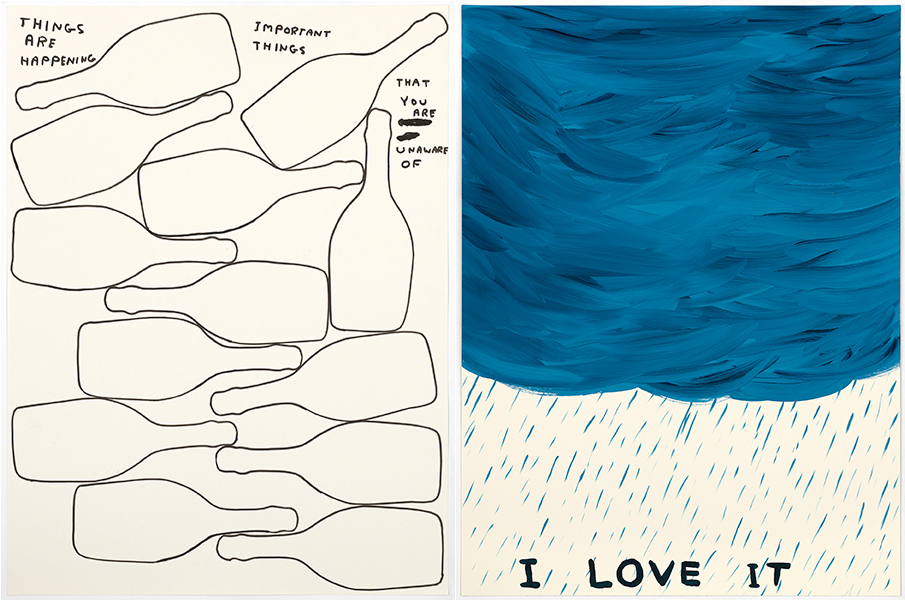 Ruinart has collaborated with David Shrigley on a residency project, during which the British artist was given carte blanche to create a series of works which interpret the champagne house’s legacy, the production of its cuvées, and its UNESCO World Heritage-listed crayères (chalk cellars). 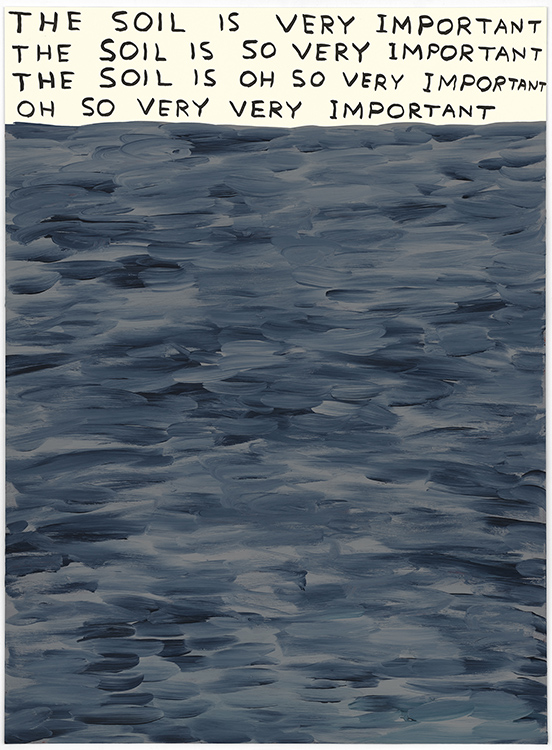 Shrigley created 36 works in his distinctive satirical style, each of which playfully alludes to the interplay between the environment, the land and the creation of Ruinart’s prestigious champagne. ­­Shrigley spoke of how he approached the project as a learning experience where he was able to witness the intricacies of making champagne, which has long been synonymous with celebration and luxury.

‘This association with celebration connects it to the beginning and ending of things: the beginning of a marriage, or the end of a project. I’m interested in trying to find these metaphors, and the poetic aspect within the story of champagne’, he said. 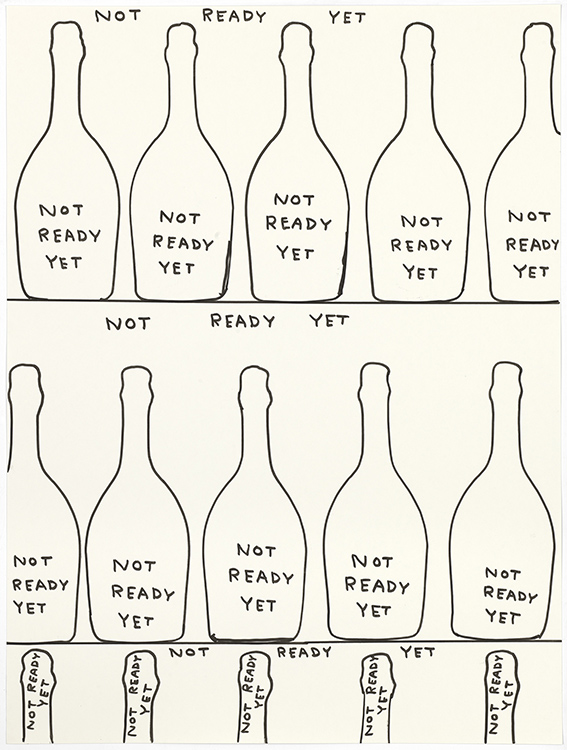 Shrigley is the 12th artist to collaborate with Ruinart. The brand has been partnering with contemporary artists on a range of projects since 2008, including annual carte blanche residencies with artists such as Dutch designer Maarten Baas, Scottish artist Georgia Russell, Spanish sculptor Jaume Plensa, and Brazilian artist Vik Muniz.

The champagne house’s heritage of connection with the art world dates back to 1896 when André Ruinart commissioned the Czech painter Alphonse Mucha, who was known for his distinct art nouveau-style works, to create a poster that would highlight the Maison.

Ruinart plans to exhibit Shrigley’s artworks throughout the year.