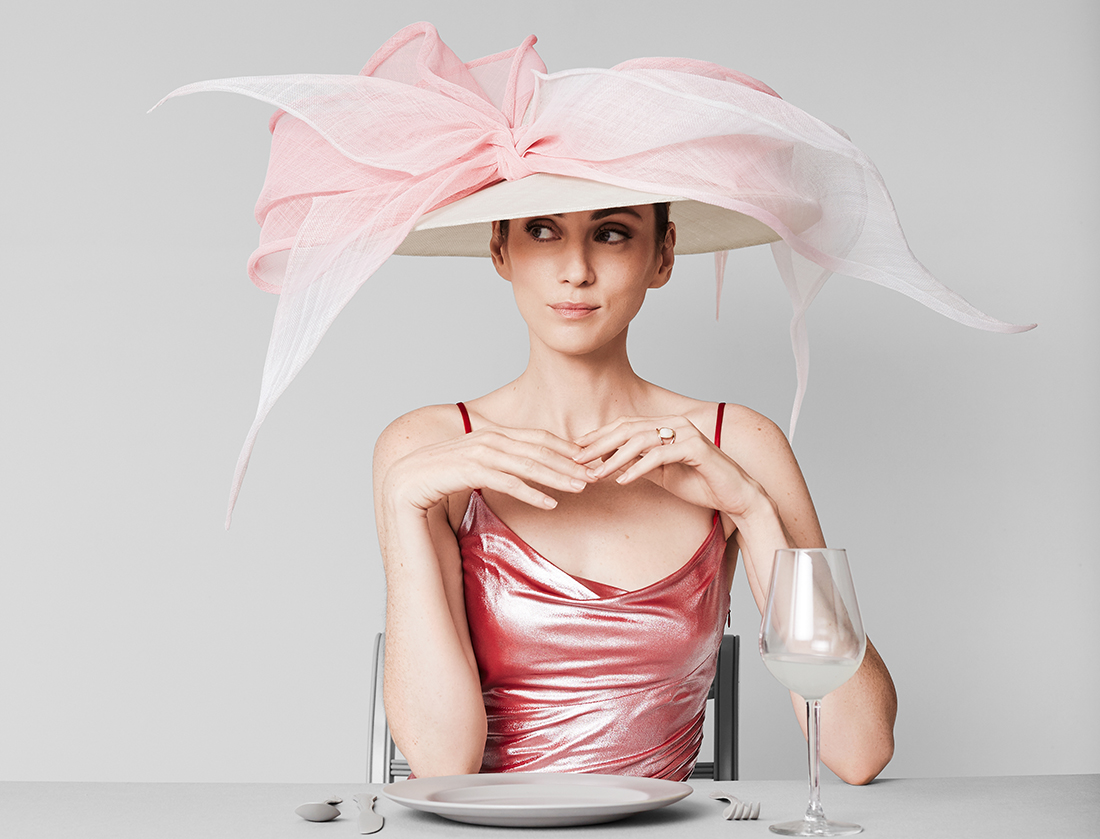 A staple of British culture for centuries, the hat has moved from being a pure practicality to a sartorial essential. Lock & Co. Hatters has been creating iconic headpieces for more than 300 years, for everyone from royalty to Oscar Wilde, and its new couture collection by milliner Awon Golding is yet another success to tip your hat to, discovers Belinda Craigie.

In tracking the history of modern headwear in Britain, a longstanding boutique on London’s St. James’s Street plays a significant role. Established in 1676, heritage brand Lock & Co. is behind some of the most fashionable styles that have adorned the heads of its prominent patrons for more than three centuries, making it the world’s oldest hatter.

Perhaps its biggest claim to fame is as the inventor of the Coke Hat – or the Bowler as it’s more commonly known – which was created for nobleman Edward Coke in 1849. The style features throughout popular culture, as seen on Charlie Chaplin and the Bond villain Oddjob in Goldfinger, and is currently undergoing a resurgence in popularity thanks to trendsetters in Japan. On the 150th anniversary of the Coke hat in 1999, 17 of Lock & Co.’s renowned customers were invited to design their own version of the style, with Peter O’Toole, Vivienne Westwood and Jimmy Choo all taking part.

Oscar Wilde, Sir Winston Churchill and Jacqueline Kennedy are some of the famed names that can be seen on the company’s ledgers, with Churchill’s trademark Cambridge and Homburg hats both produced by Lock (as it’s known to regulars). In 1953, the company designed the fitments for the coronation crown of Queen Elizabeth II and three years later, it received its first royal warrant. (It now holds two for HRH The Duke of Edinburgh and HRH The Prince of Wales.)

One of the most impressive feats is its resilient proprietorship. Over its considerable lifespan, the business has remained in the same family and, in 1976, Lock & Co. joined the Tercentenarian Club, reserved exclusively for a handful of British businesses that are at least 300 years old and are still family-owned.

With such strong foundations and a colourful history of serving the sartorially conscious around the world, one can’t help but wonder what the secret is behind Lock’s continued success. There’s a stroke of good luck, as the business has survived significant upheaval, including a bomb falling into its basement during World War II that fortunately failed to detonate. But managing director Ben Dalrymple believes it’s mainly down to a tried and tested formula that has not altered over the decades – namely, ensuring the highest quality in materials, manufacturing and customer service, coupled with being at the forefront of producing fashionable pieces, as Ben explains:

‘We do lead from a trend perspective and I think we have a good reputation from that point of view. It’s strange to say that, although things have obviously changed, the way that the business operates hasn’t changed an awful lot … We continue to focus on quality in materials, manufacturing and from an authority piece, yes we have that heritage from previous years but that only fuels the future.’

With such a rich legacy, prestigious client list and discerning location, Ben acknowledges that prospective customers may feel daunted by the thought of stepping into the St. James’s Street boutique – particularly those choosing a hat for the first time. He assures the experience doesn’t discriminate, saying, ‘everyone gets treated the same. We don’t close the doors for anyone, you walk into the shop and you get that service whether you know us or not.’

While Lock has been accessorising men and women for generations, its couture millinery department, established in 1993, is comparatively young. It’s an area that the business is focusing on growing and, in what Ben jokes is ‘the worst-kept secret in millinery’, it was announced formally in October that Awon Golding has been appointed head millinery designer and will release a Spring Summer 2020 collection.

Awon, who trained under Edwina Ibbotson, is what Ben terms ‘the rising star of British millinery.’ Her fashionable and colourful headpieces have found favour with Meghan, Duchess of Sussex, Priyanka Chopra and Lady Gaga, and when the opportunity arose to recruit a new designer, Ben says ‘she was at the top of our wish list.’ The partnership has proven fruitful thanks to Awon’s understanding and appreciation of the ‘Lock look’, which she infuses with her signature contemporary flair.

Awon is similarly complimentary and references the company’s longstanding heritage as a motivator for her first Lock & Co. collection, saying: ‘I have to say, I’ve had my own brand for five years and stepping into the shoes of the previous designer who was here for 25 years, knowing that history and really tipping my hat to that legacy … it’s been an incredible experience.’

The couture Spring Summer collection has been largely inspired by iconic women that Awon holds in high regard. Each style is named for its stylistic muse, including the Bianca – a fabulously bouffant homage to Bianca Jagger; and the Ursula, a pale pink, flower-adorned headband dedicated to Awon’s favourite author, Ursula Le Guin.

Trend-wise, Awon says the headband is making a strong comeback this season, and she’s designed several pieces in the collection specifically to adhere to the strict dress codes of big calendar events such as Ascot. Each couture piece is handmade upstairs at the Lock & Co. boutique and a book is kept for events such as Ascot to ensure that no double-ups occur. Bespoke commissions are also a strong part of the business with frequenting patrons, some multiple generations of the same family, staying loyal due to the craftsmanship and quality that has become associated with the Lock name.

By investing significantly in the millinery side of the business, Awon’s appointment is one of the ways that Lock is innovating for its future. A showroom refresh and in-store events are projects in the pipeline to coincide with the Spring Summer 2020 collection launch and encourage more people into the St. James’s Street boutique.

In recognising the strong drive toward eCommerce for other sectors of the fashion and accessories industry, combatting the challenges associated with the digital world is also on the agenda. As Ben says, ‘Trying on a hat isn’t the simplest and I think we’ve got to invent new ways to do that’.

It seems that, with its considerable track record of overcoming difficulties against the odds, Lock & Co. will be poised to take on the challenge headfirst.