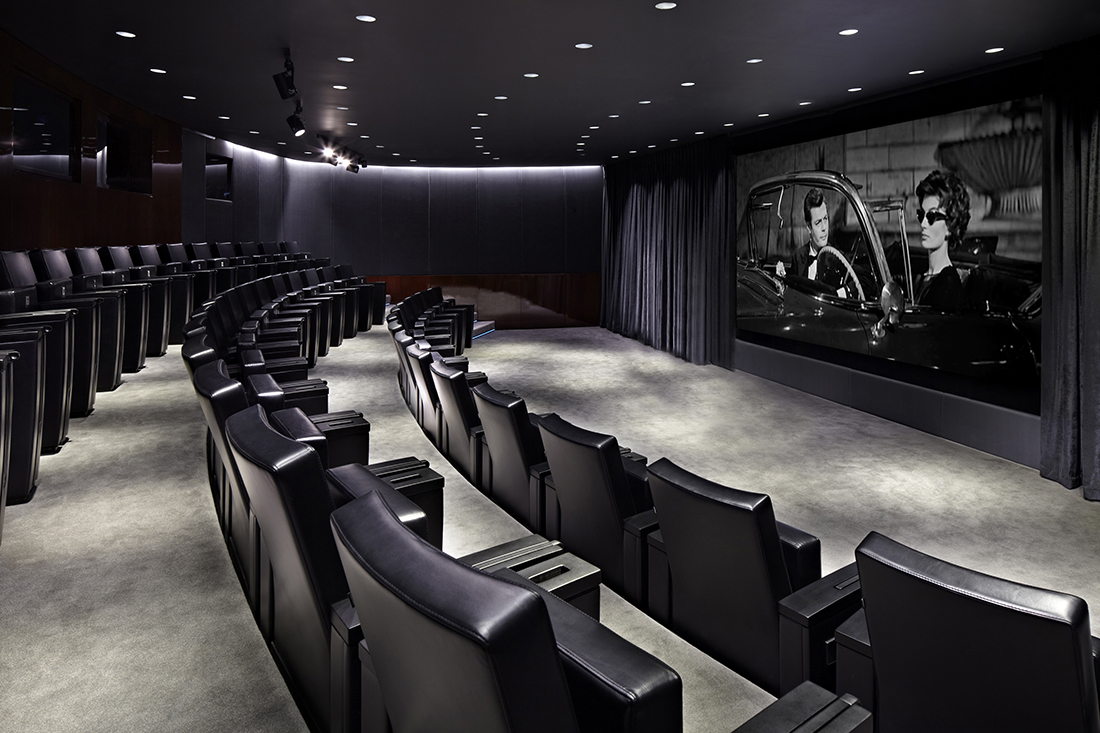 A series of four preview film screenings championing young female filmmakers and female-driven storylines will be shown at the BVLGARI Hotel London from late-November through to March 2020.

The third edition of the Breakthrough Women in Film Series celebrates rising stars in filmmaking and offers guests the opportunity to discover the backstory of each project during a post-screening Q+A session with the director, a leading cast member or industry professional.

Two screenings of each acclaimed pre-release film will show on consecutive nights, and the evening will begin with canapés, champagne and a selection of wines in the screening room foyer. A suggested donation of £20 to attend will be collected, with all proceeds going to Save the Children.

Tickets to the first two screenings of Mirrah Foulkes’ Judy & Punch can be reserved via Eventbrite.

With her joyously irreverent live-action reinterpretation of the famous 16th-century puppet show, writer/director Mirrah Foulkes turns the traditional story of Punch and Judy on its head and brings to life a devilishly delightful tale, starring Mia Wasikowska (Crimson Peak, Alice in Wonderland, Jane Eyre) and Damon Herriman (Once Upon A Time in Hollywood, Mindhunter, Top of the Lake).

In the outlandish town of Seaside, located nowhere near the coast, puppeteers Judy and Punch are trying to resurrect their marionette show. The show is a hit due to Judy’s superior puppeteering, but Punch’s driving ambition and penchant for a drink lead to an ill-fated turn of events that Judy must avenge.

An outstanding debut feature from Mirrah Foulkes, Judy & Punch is a darkly funny tale that blends elements of fantasy and the absurd to craft an entirely unique concoction that constantly subverts viewer expectations, propelled along by a vibrant and hugely inventive original score by Francois Teta.

‘One of the funniest and most entertaining docs in recent memory’ – The Playlist.

Director Janice Engel tells the story of media firebrand Molly Ivins, six feet of Texas trouble who took on the Good Old Boy corruption wherever she found it. Her razor-sharp wit left both sides of the aisle laughing, and craving ink in her columns. Some crusading journalists write with a scalpel, others with a scythe. Molly Ivins, who famously called President George W. Bush ‘Shrub’, used both. She was funny and mean, clever and sincere; most of all she was political to the bone. The movie follows Ivins’s professional and political evolutions, adding piquant details, quotes and testimonials along the way. The film premiered at Sundance in 2019 and took home several audience awards at SWSW, MSIPP, and many more.

Director Janice Engel will be travelling from Los Angeles to host the evening and join for the post-screening Q&A.

Writer and director Céline Sciamma demonstrates a deeply satisfying new mastery of classical style to go with the contemporary social realism she showed in Girlhood (2014) and Tomboy (2011). The setting is 18th-century Brittany, where an Italian noblewoman has engaged what is officially a ladies’ companion for her beautiful daughter, Héloïse, who has just come out of a convent and is recovering from the loss of her sister. The companion, Marianne, is actually an artist, and the countess wishes her to paint a portrait of Héloïse in secret, to be shown to a wealthy prospective husband in Milan. A story of obsession, Portrait of a Lady on Fire takes inspiration from legendary film director Alfred Hitchcock.

Talent TBC for the post-screening Q&A.

What if the reason you were unlucky in love was down to genetics? After being dumped for the 12th time in a row, 27-year-old Frankie discovers that she has a ‘loser in love’ gene that predisposes her to chronic rejection for the rest of her life. Frustrated by the lack of a cure, Frankie sets out on a quest – one that involves hunting down all her previous boyfriends – to try and change her romantic future.

Writer and director Sasha Collington will host the evening and join for the post-screening Q&A.