Quarterre’s Clive Hartley on the future of electric vehicles

Home » Quarterre’s Clive Hartley on the future of electric vehicles 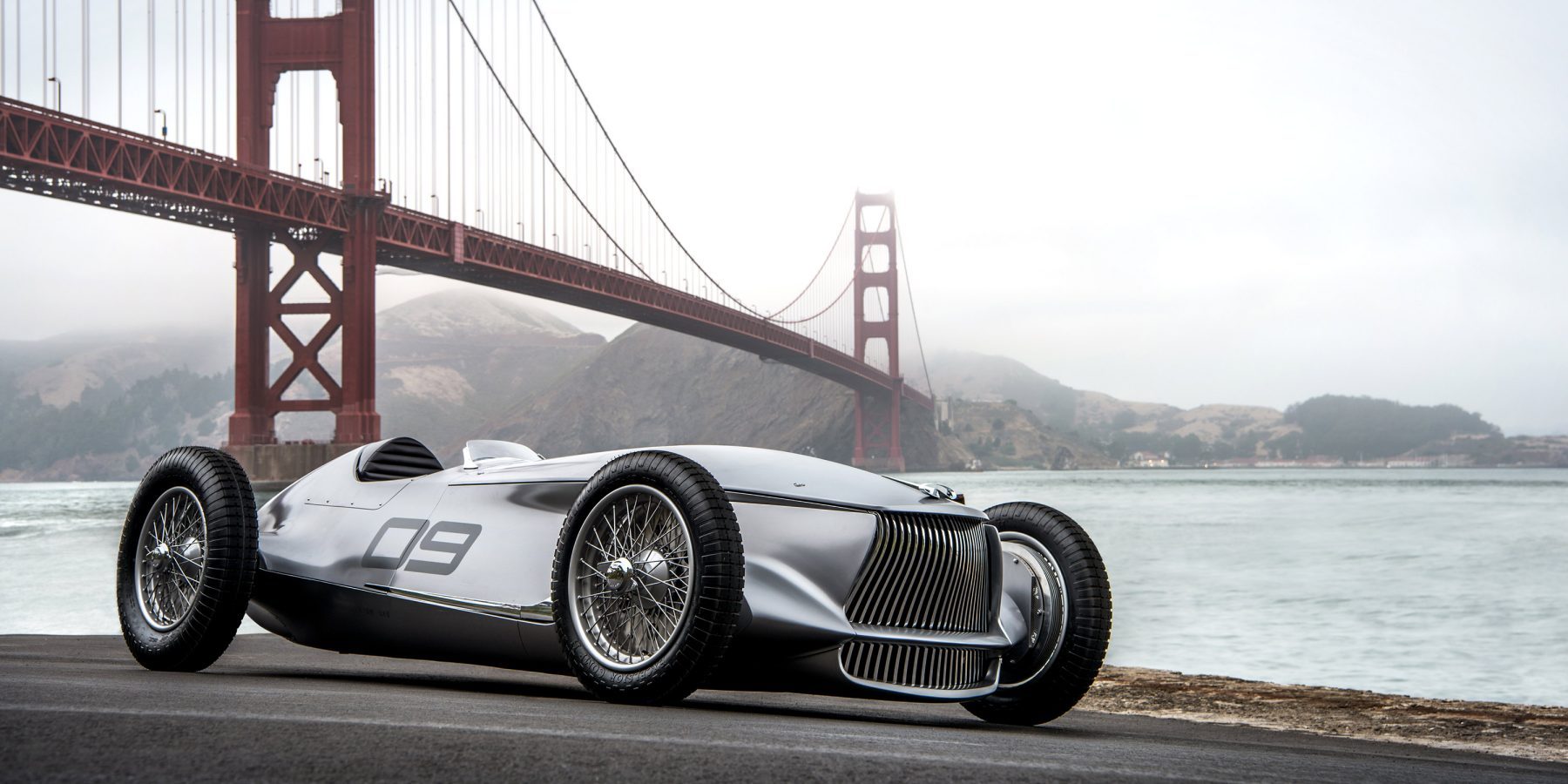 Clive Hartley, Founder and Director at Quarterre Design Studio, explains how electric cars are blazing a trail through the automotive industry.

Looking at the range of concept cars and exotica being unveiled at Pebble Beach recently, it was striking how many visions of the future were explicitly and unashamedly electric. The automotive industry seems to be admitting that the battle for energy – if battle it ever was – is over. The days of the internal combustion engine (what usually powers a car) are numbered.

Mercedes Benz, Audi and Infiniti all showed dramatic, futuristic, Electric Vehicle (EV) concepts, flaunting their power and (theoretical) speed. Jaguar even used the occasion to announce an all-electric E-Type – a fascinating mash-up of old and new, whose only automotive equal is probably Doc Brown’s fusion-powered, flying DeLorean from Back To The Future. Electric vehicles are more than just luxury toys. By dressing them in the clothes of classic cars, brands, including Jaguar, are subliminally saying these cars still have soul, regardless of their power source.

Jaguar is already well on its way down the electric road, having launched its first mass-produced EV – the I-Pace – earlier in 2018, which was swiftly followed by news that the next XJ will be EV-only. These are bold steps, but to be expected as it’s a natural progression for a company that, although renowned for its in-line sixes and V12s, has always been about grace just as much as pace.

The quiet effortlessness of electric power suits Rolls-Royce, too. Wafting along in near-silence has long been one of The Spirit of Ecstasy’s skills. The British marque has no firm plans to produce electric vehicles as yet, although CEO Torsten Müller-Ötvös has said he believes ‘electrification is the way forward’, recognising both its inevitability and suitability for Rolls-Royce. As part of the BMW Group, the company has the advantage of access to the technology in BMW’s ‘I’ range of cars. Despite this, Christian Wettach, Product Manager for the Phantom, doesn’t believe electric power is a viable option for Rolls-Royce until a range of at least 300 miles is possible, but with constant battery development and improvements happening, it doesn’t seem far off. It is interesting to note many luxury manufacturers don’t move from internal combustion engines to hybrids before moving on to electric drivetrains. At the highest ends of the luxury market, the effects of rising fuel prices, parking levies and clean air zones are limited. The decision of Rolls-Royce shows that for luxury car makers, the ability to provide an uncompromised luxury experience will drive the change to new engines, just as much as legislation. Instant, effortless torque, silent speed and smooth delivery will be key, and the bragging rights conferred by access to and ownership of the latest technology won’t hurt either.

In Crewe, Bentley has taken much the same line as their former stablemates Rolls-Royce, acknowledging the inevitability of EV platforms while keeping their powder dry when it comes to the specifics. As with Rolls-Royce, Bentley has access to the well developed technology of a sister company in the form of Porsche’s Mission E car, scheduled to launch in 2020, and they already previewed two concept cars at shows in Frankfurt and Geneva over the last 18 months. Not to be left out, the relaunch of the Lagonda brand marks Aston Martin’s entry into the EV fray. The forthcoming SUV, announced earlier this year and set to be on the roads in 2021 will be fully electric and has been previewed by a flamboyant EV concept, the Lagonda Vision.

As concepts at Pebble Beach showed, electric cars can also be about visceral pleasure as well as quiet refinement. All that instant torque is producing 0-62 mph times that are of a different order to the supercars of yesterday. So, what of the supercar bastions? What will the bedroom walls of young petrol-heads be plastered with in the future – and what will these fans be called?

The late Sergio Marchionne said earlier this year, ‘If there is an electric supercar to be built, then Ferrari will be the first,’ which disregards Rimac in Croatia, who have been making well-regarded electric sports cars since 2016. Rima is so well regarded that Porsche has recently acquired a minority shareholding in the firm. Lamborghini has no plans to launch a production electric car just yet although they have shown an electric concept, the Terzo Millenio, or ‘Third Millennium’, which featured novel composite energy-storing body panels, thus reducing the weight deficit normally incurred by batteries in EVs.

At Quarterre, we are staunch advocates of the innovative application of technology. We are deeply engaged with the physical design and user experience of both electric vehicles and luxury products, creating new opportunities for our clients and bringing our keen awareness of industry developments to our internal research projects

Often, market trends dictate how luxury experiences evolve, and carefully realised details become premium currencies. One example of this is bespoke fitted luggage for luxury car companies such as Overfinch. Typically, this type of project centres around balancing traditional craftsmanship with modern design values, translating the language used by a client for their cars. Experienced partners such as Schedoni, one of Italy’s finest leather goods manufacturers – and producer of bags for Ferrari for over 40 years – provide the perfect collaborator for developing challenging new construction techniques and using high-performance materials. Carbon composites, 3D-printed metal components and traditional handicrafts all play their part in blending the dynamic and technical visual languages of our clients, with the emotional impact and tactility of high-quality leathers and textiles.

At Quarterre, we understand that at its heart, luxury is about human experiences. The noise and vibrations of a powerful petrol engine produce an immediate emotional response which has few equals. What EVs bring, however, is a bright, clean, effortless narrative for the future, one where great power is harnessed and at the immediate command of its user. How best to tell this story is the challenge facing luxury car manufacturers today. At Quarterre we are investigating every aspect of this to help our clients turn electric dreams into reality.

Sofia Wallenstam, House of Dagmar: “I would really love people to consume less”