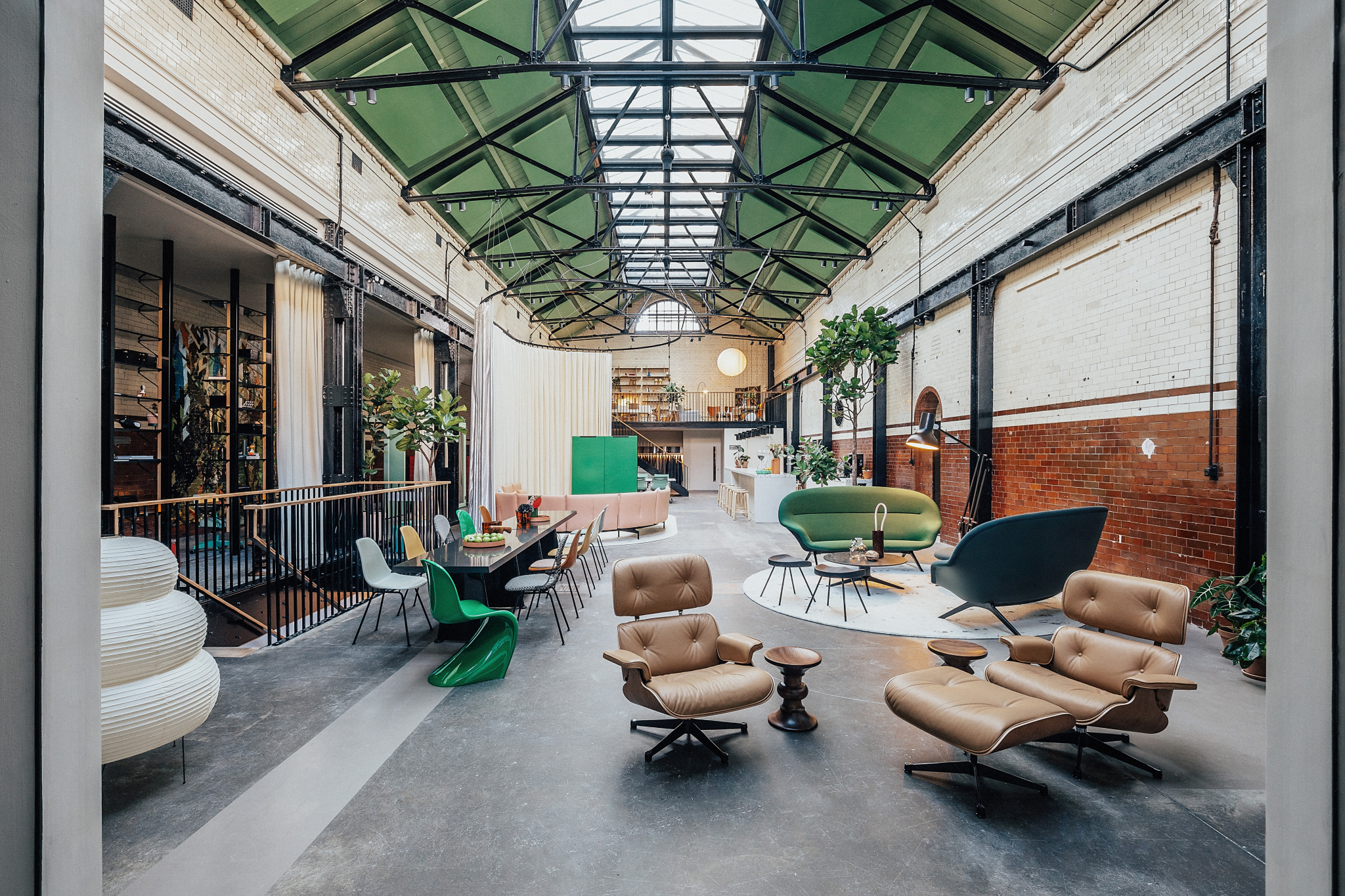 A new flagship UK showroom for Swiss design company Vitra has opened at the Tramshed building in Shoreditch. Vitra is known for furniture classics by Charles and Ray Eames, Alexander Girard, and Jean Prouvé as well as contemporary works by Ronan and Erwan Bouroullec, Antonio Citterio, and Jasper Morrison. The listed Tramshed building was originally built as a power station for the East London Tramway in 1905, and has been renovated to preserve its historic features.