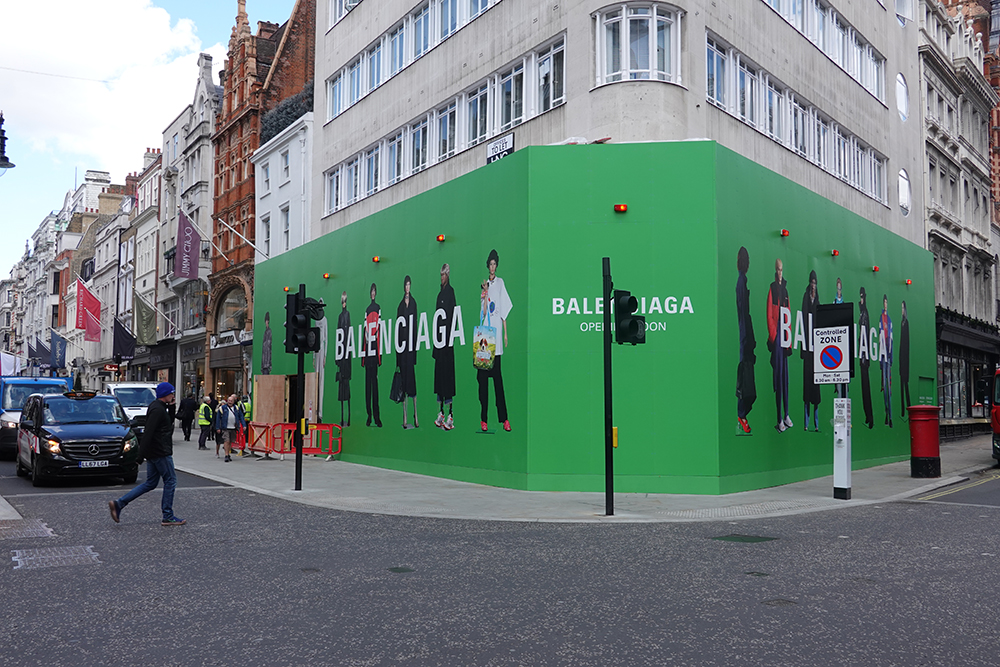 Whilst 2020 is recognised as one of the worst years for retail generally, the period from mid-2016 to December 2019 was also challenging, to say the least. The unexpected result of the Brexit referendum and the political uncertainty that followed was only resolved when the Conservative Party secured their majority to govern. Add to this the effects of the Rating Revaluation and the punitive Rates Phasing regime, increasing rates payable by around 100 per cent; it is no surprise that leasing transactions slowed down completely.

At the end of 2016, 22 leasing opportunities existed on Bond Street. Today, that figure is more than 50 with many of these spaces concentrated north of the junction with Brook Street (Fenwick). The delay in opening the new Elizabeth railway line and the ongoing street works (2016 to 2019) negatively affected this stretch of the street and, to date, there is no sign of a recovery in terms of the leasing of stores.

However, on a positive note, during 2020 and early 2021 significant leasing transactions did complete, but sadly one major transaction did not!

Hermès will secure possession of the Asprey (since 1847) store when the heritage jeweller and luxury goods brand opens on Bruton Street. Balenciaga is now fitting out the former Russell & Bromley (since 1947) store at 24/25 New Bond Street. LVMH has withdrawn from the proposed development of 162/163 New Bond Street and 10/14 Grafton Street. The owners of the site are now reviewing all of their options. Some brands have decided not to reopen post-lockdown three, notably DAKS (10 Old Bond Street) and Michael Kors (9 Old Bond Street). Tory Burch at No.149 has been placed on the market and there is no sign of the shopfitters at No 26.

History does show us that Bond Street is incredibly resilient. For example, Piaget paid a record rent and key money within eight months of the Global Financial Crisis.

It is recognised that the effects of Brexit and the new VAT regime have yet to be experienced in full by luxury brands, but there is certainly optimism following the significant success of the UK vaccination drive. Now, all we require is a ‘passporting’ system and the return of international travellers.

At the moment, landlords are financially motivated to agree to deals. Empty shops attract empty rates payable unless the property is listed. However, retailers do not pay rates until next year (subject to certain caveats). Property owners in Bond Street and indeed across London are now much more pragmatic. Short-term leases are offered on fitted boutiques and substantial financial concessions are available, certainly in the first couple of years of a five-year lease. Competitive tension in certain stretches of New Bond Street is a result of various landlords offering terms to the same target tenants, often unsolicited.

On the balance of probability, the attractive leasing packages currently on offer cannot last. The multi-million-pound question is just: when will reverse premium and substantial rent-frees become positive premiums with only short rent holidays when fitting out a space!?