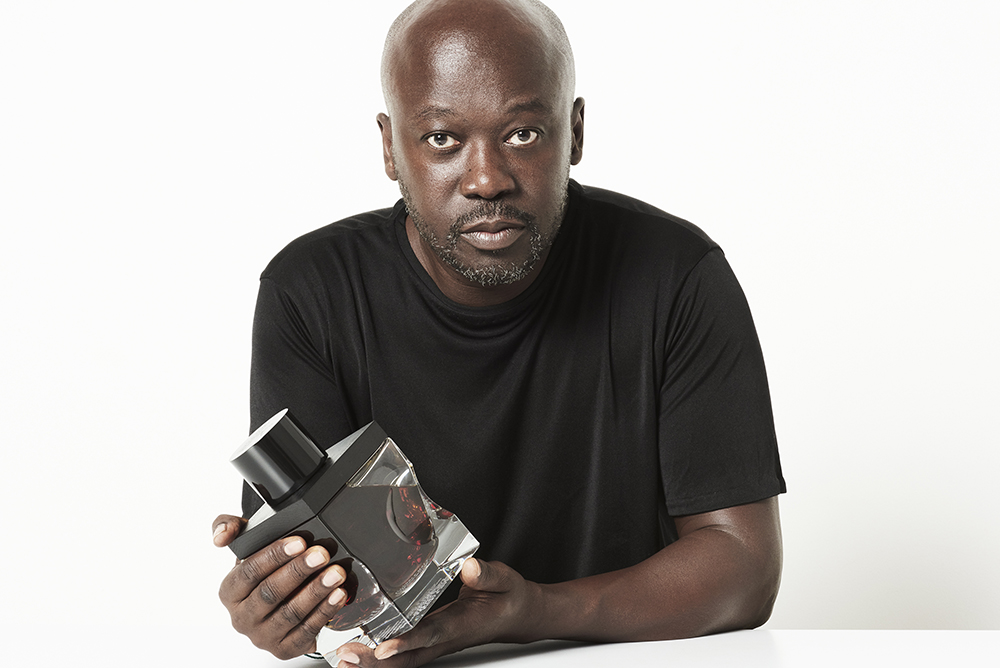 ‘Artistry in Oak’ is the theme of architect and designer Sir David Adjaye OBE’s bespoke decanter for Gordon & MacPhail‘s Generations 80 Year Old from Glenlivet Distillery, the world’s oldest single malt Scotch whisky. The design was presented by Adjaye and Gordon & MacPhail at Sotheby’s in London.

As suggested by the theme, the design was strongly inspired by the oak cask in which the liquid had been maturing for eight decades. A slated oak ‘pavilion’ was conceptualised as a home for the crystal decanter which, when opened, allows in varying degrees of light and shadow. The movement of letting light into the pavilion is reminiscent of the way that sunlight shines through oak trees in a forest, according to Adjaye. The pavilions were created by Wardour Workshops in Dorset using sustainably sourced local oak.

Designed to appear as though it was made from a single block of crystal, the decanter has been handblown by artisans at Glencairn Crystal Studio in Scotland. Lenses created on the heavy crystal offer a closer look at the liquid inside. ‘The gentle combination of liquid, weight and form invokes a sense of care, responsibility and slowness. As you pour, a sense of time fades and all that is understood is the preciousness of each drop,’ says Adjaye.

Gordon & MacPhail’s 80 Year Old Scotch single malt from Glenlivet Distillery will be released in just 250 decanters. Decanter number one will be auctioned by Sotheby’s in Hong Kong on 7 October 2021 with a framed cask end from the original cask #340 and a lithograph of the original concept drawings signed by Adjaye. A singular whisky tasting experience for four in London, conducted by Gordon & MacPhail’s Director of Prestige, Stephen Rankin and attended by Sir David Adjaye, will also be included.

As a tribute to the synergy between the generations-long maturation of the whisky, the oak cask, and the elements of the design, proceeds from the auction will be donated to Scottish charity Trees for Life, which is devoted to rewilding the Caledonian forest.