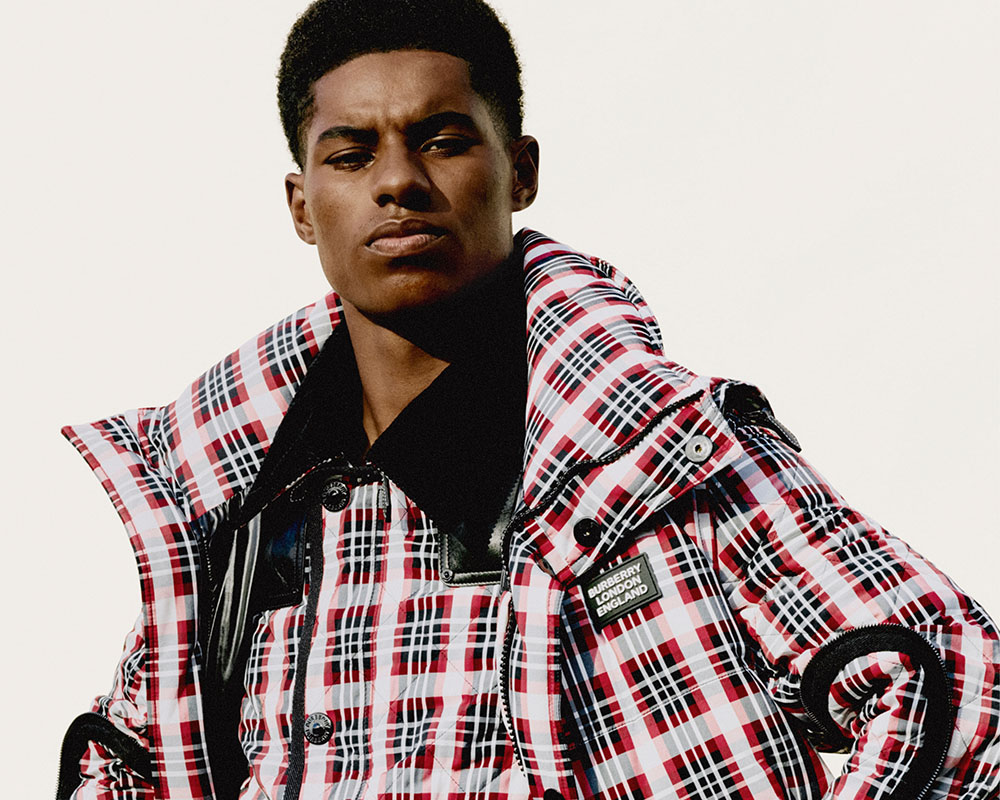 Burberry has launched a youth support initiative with a new campaign featuring English footballer, Marcus Rashford MBE. Burberry will support UK youth charities in Manchester and London, alongside charities with a global reach to promote education and help young creatives, artists and entrepreneurs.

‘I’m honoured that Burberry can partner with Marcus Rashford and amazing organisations around the world to give back to the next generation, allowing them to explore their dreams. And I wanted to take that concept – of exploring beyond – to express a real sense of freedom in the campaign. It’s all about that fearless spirit and imagination when pushing boundaries, something that we hold so close to our hearts at Burberry’, said Riccardo Tisci, Burberry Chief Creative Officer.

Alongside the striking campaign images by Rafael Pavarotti, Burberry worked with Megaforce on a campaign film, which features a troupe of four dancers exploring a reconfigured British landscape, dressed in signature Burberry attire.