The evolving role of gaming in luxury brand engagement

Home » The evolving role of gaming in luxury brand engagement 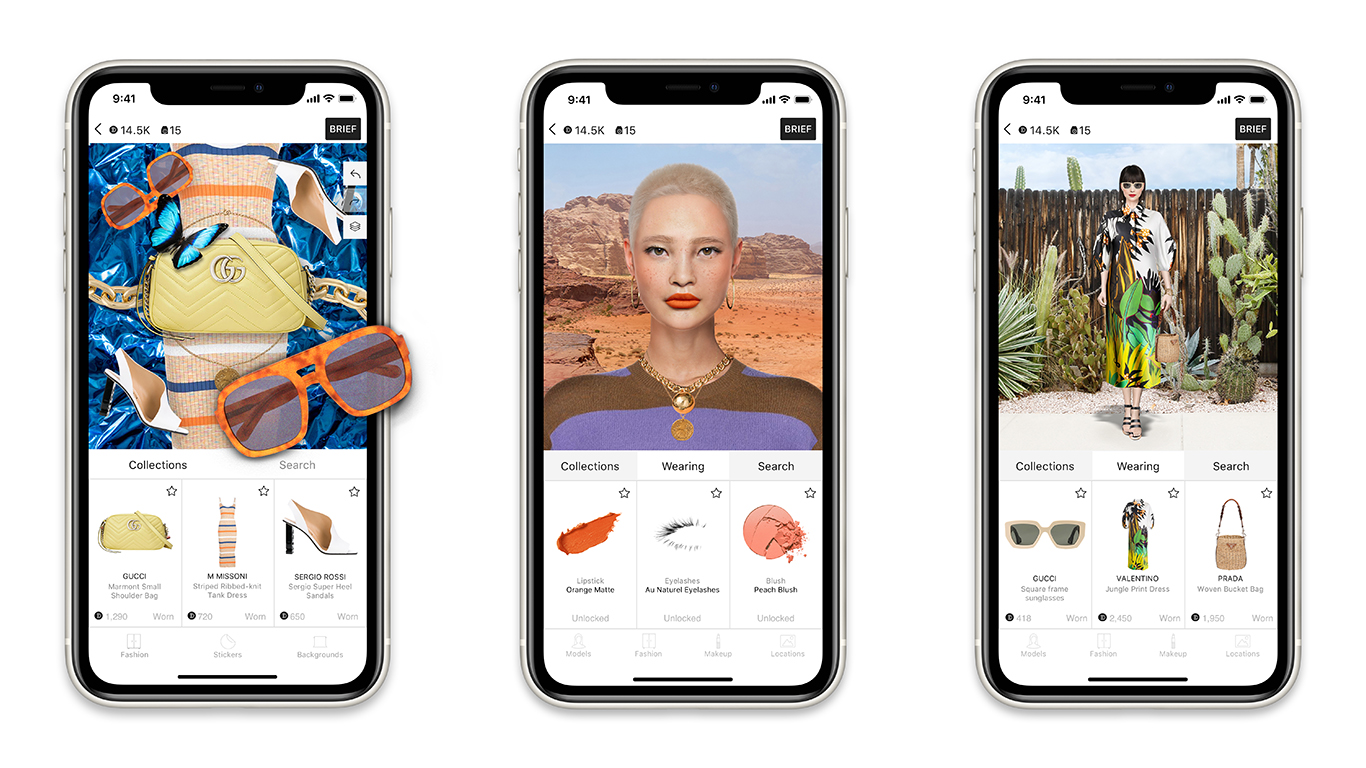 Tim Jackson, Director of the British School of Fashion at Glasgow Caledonian University’s London campus, tracks the history of luxury branding and gaming and looks at how design-led gaming collaborations represent the future of luxury marketing.

A luxury brand’s heritage normally comprises its core competence and history, which combine to provide foundations for both its strategic direction and brand storytelling opportunities. Luxury and creativity have always been aligned and in many different ways. Classic luxury fashion houses can normally track their heritage back to an outstanding individual who was a pioneer and had an original vision, passion and talent. Early 20th Century couturiers such as Poiret and Schiaparelli closely aligned themselves with artists, including Salvador Dali in the case of Schiaparelli. Couture runway shows have frequently been theatrical and many luxury brands’ dress collections have included conceptual designs. In addition to creativity, there is often a technological innovation that affords luxury brands design leadership in the product, whether at materials or manufacturing levels.

In many respects, digital media is the new creativity, or at least digital technology innovations are inspiring and enabling new kinds of creativity. In 2001, Tom Ford explained his approach to re-positioning a luxury brand as one of designing a world; ‘I realised a long time ago that one can either design a dress or design a brand….a dress does not exist in a void, it exists in a world.’

Soon after, Second Life emerged as an immersive world or digital existence resting somewhere between a game and a social location featuring players as avatars. By 2007, a number of luxury brands including L’Oreal, Hublot and Armani had entered the Second Life ‘world’ and experimented with so-called metabranding, taking real-world brand values and translating them into a virtual context. Ironically, some brands including Gucci were also unofficially featured.

The relationship between luxury and gaming takes many forms and operates at different levels. At the simplest level, luxury brands have been inspired by aspects of popular retro games including Dior with its Dior Gaming video, themed around the old Pac-Man game. Another example of luxury looking to iconic games was the French silverware brand Christofle which, in 2010, produced a fashion accessory based on the classic Space Invaders game. It entered into a licensing agreement with Taito, the original creator of the game. In these instances, gaming provides the creative inspiration and focus of the communications narrative.

A more experiential iteration of gaming is illustrated by Chanel’s pop-up Coco Game Centre, which moved locations around Asia and provided its customers with arcade-style but Chanel-themed games in selected stores. In 2018, Hermès also engaged a gaming concept to enhance the brand visibility of its store in Ginza through transforming the exterior façade of the store into a giant video game. People could play interactive games with projection mapping footage appearing on the Hermès Ginza store glass facade. Gucci developed its version of arcade games, but for mobile through their app.

However, in many instances, luxury brands’ involvement with gaming has been temporary and quite rudimentary. This could be explained by brands’ caution in associating with the gaming industry. But it could also be due to their instinct for fashion change and newness. Jonathan Chippindale, CEO of Holition, speculates; ‘When it comes to technology, they’ll often get on a bandwagon and then get off it as quickly as possible because they need something new and that’s why on catwalks it’s all about holograms one year and drones the next year and AR the next year and VR the next year and AI the next year. It’s recycling and recycling.’

As gaming evolves in sophistication and becomes the default entertainment for a new generation, brands will need to take notice. In 2019 the global computer games market was valued at just over $150 billion with mobile-accessed gaming accounting for 45 per cent of that revenue (Wijman, 2019). This compares with approximately $42 billion in global Film and TV show revenues (Jenks, 2018).

At the luxury end of fashion, brands have typically traded in dreams and fantasy. This is consistent with gaming, which is about players immersing themselves in a fantasy realm of 3D digital constructs. Chippindale explains; ‘There’s a lot of similarity between gaming, virtual worlds and fashion. Both are fantasy-driven in some way. They are very aspirational and actually, they are very, very sticky. I feel that this idea of virtual (worlds) is here to stay. I guess there’s that thing about creating virtual worlds, and if you are going to create virtual worlds, you will want to go in as aspirational and fantastic, then why not create the fashion. We’ve already seen that happening with the purchase of skins. In the end that’s just virtual fashion.’

The Fabricant is a good example of this having designed the bespoke digital Iridescence dress for a client in 2019 at a price of $9,500 and transacted using Blockchain.

The evolution of gaming technologies and increased engagement with avatars by grown-up digital natives and the younger Gen Z consumers indicates strong potential for a design-led luxury and gaming collaboration. These generations have grown up using digital for most things and arguably gaming provides the best vehicle for brands to connect, interact and engage with them.

Asian entrepreneur Adrian Cheng reinforced the point about the next generation of consumers given their already strong familiarity with avatars; ‘Companies are already looking into Alpha Gen in China or Asia and it’s all about Virtual Reality (VR) and also about online gaming. In VR you can have your own virtual identity or avatar online and dress them in a luxury brand and you can sell. In online gaming, you buy tools so you can win. VR enables personal self-expression and you will buy the most beautiful clothes for your avatar. This is something that is developing in China and Asia now. So the paradigm shift now in Asia is about how online gaming experiences can influence the consumer’, (Jackson, 2019).

According to Roberta Lucca, co-founder, Bossa Studios and Beta Lucca, the split between male and female gamers is now about equal. In fact, some games such as The Sims have a much larger female demographic. Lucca also points out that younger generations, Z and older Alphas, are regularly playing games such as Fortnite. Fortnite is now famous after a live in-game performance in 2019 by DJ Marshmello, which attracted an audience in excess of 10 million gamers. Those gamers were encouraged to get their avatars to dance to the short music set. Lucca explains that this type of engagement through games is normal for younger generations; ‘When I talk with Gen Z, I can see that for them, the real-world and virtual world is all integrated. They are growing up assuming that games are a perfectly normal thing for you to do as a hobby. And when you look at the massive markets of E-Sports it becomes even bigger.’

In 2019, The Sims 4 entered into a gaming collaboration with Moschino. The Sims 4 is a life simulation game where players interact socially with each other in a dynamic immersive environment. Brands can engage with players influencing attitudes and even generating sales, both of in-world digital items or real-world products. The tie-up provided Moschino with access to over 20 million unique users, beyond the reach they could normally expect. A capsule collection featured both physical and digital clothing and accessories allowing players to dress their Sims avatar in Moschino products.

Launched in 2019, Drest delivers a different approach to leveraging the dynamics of a digital game. Describing itself as an interactive fashion styling platform with gamification, entertainment and content at its core, it challenges players to style looks using items from luxury fashion brands’ contemporary collections. Success in the various styling challenges earns rewards and progress to new levels. The big difference is that players convert to paying customers as they are able to buy the items they have styled through the Drest app connecting with Farfetch.

In academic research, there is evidence of a positive association between all dimensions of brand engagement in gaming and brand awareness. Additionally, social benefits encourage players to contribute to the community and social interaction, using a virtual identity or personal avatar, which can facilitate exchanges about brands as players display information about themselves to each other (Xi and Hamari, 2019).

The future is here

There are clear benefits for luxury brands to extend their design leadership positions into digital and virtual worlds and so strengthen their creative and trend-setting reputations. Gaming provides a luxury brand with an opportunity to immerse customers into their world or universe at different levels of engagement. Gaming also familiarises players, potential customers, with the norms and infrastructure of more sophisticated virtual worlds where brands can provide a deeper immersive experience. This is important in respect of other types of digital engagement, as virtual influencers, or avatars, operating on Instagram have approximately three times the engagement rate of real-world human influencers, according to a report from Hype Auditor (2020). Furthermore, it is expected that digital influencers will become more prevalent and integrated into consumers’ decision-making in the future. Dudley Nevill-Spencer, Founder of the Virtual Influencer Agency predicts; ‘The entire Internet and the way we interact with the world, will be dominated by virtual humans in 10 years’, (Ward, 2020). 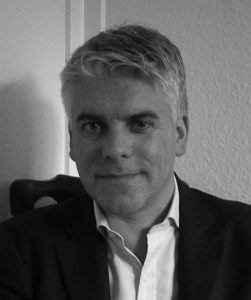 Tim Jackson is a London-based academic, writer, speaker and consultant specialising in luxury and fashion. He has worked as a Principal Lecturer for London College of Fashion and the European Business School in Regent’s University where he developed and led many specialist industry-facing and postgraduate courses. Currently, Tim is the Director of the British School of Fashion at the London campus of Glasgow Caledonian University and also leads its MBA in Luxury Brand Management.

As a writer, Tim has published three fashion books and contributed chapters and case-studies to many others. Over the last 15 years, he has also written about luxury and creativity in other media including articles for academic journals, CEO interviews and luxury business reports for Stylus, WGSN, Walpole, Net Jets client magazine and Positive Luxury. Tim has reported extensively on the 38 annual global luxury conferences hosted by the Financial Times, IHT / New York Times and Condé Nast since 2001. His writing in this period has reflected the global journey that luxury has made and provided a unique set of insights into the strategic decision making within the industry.

Enara Nazarova, ARMOAR: ‘We want to help people interact with virtual assets in a fun and exciting new way’

Are NFTs the future of art collecting?

Andrew Stephenson, Director of Marketing EMEA at Treasure Data, on the importance of data