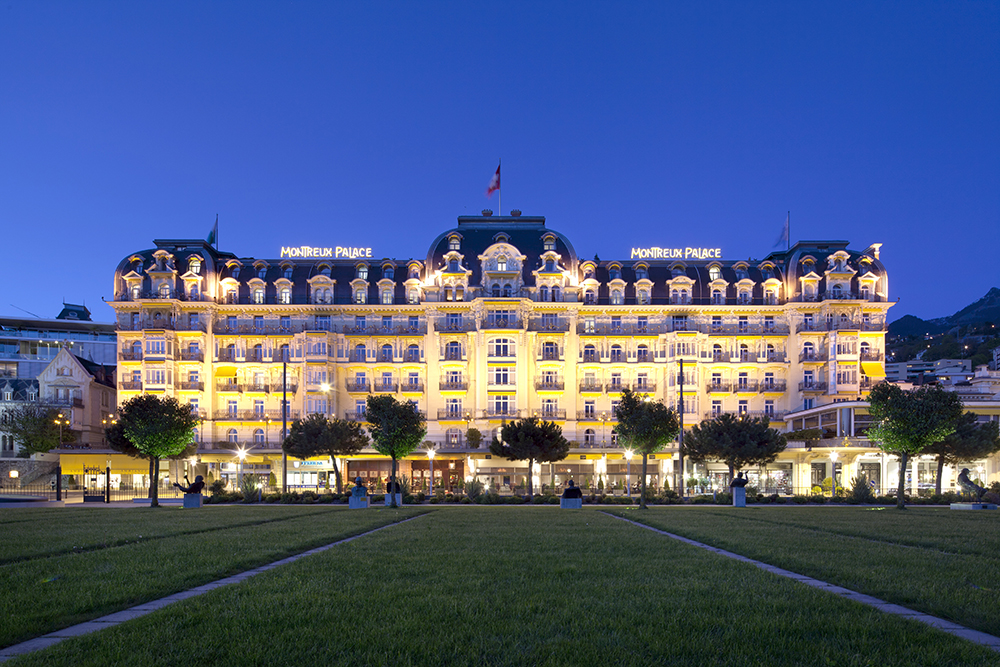 The small town of Montreux has become famed for its annual jazz festival, which hosts some of the world’s most esteemed musicians. A new cultural partnership between the festival and Fairmont Hotels & Resorts unites the heritage of both brands, writes Belinda Craigie.

The resort town of Montreux is nestled on the clear waters of Lake Geneva, framed by the majestic Alps and forming a picturesque part of the Swiss Riviera. Its seclusion, stunning natural attributes, proximity to Europe’s prominent ski fields and luxury hospitality options are just some of the desirable traits which one might seek in a short Swiss escape. It is cultural tourism, however, which has put this small town more firmly on the map.

The Montreux Jazz Festival (MJF), started in 1967 by Claude Nobs, is an event diligently marked on the calendars of cultural connoisseurs around the world. Performers such as Nina Simone, Aretha Franklin, Marvin Gaye, Prince, David Bowie, Elton John and Stevie Wonder have left their indelible mark on audiences over the years and have elevated the event to legendary status among visitors and artists alike. Attendance now reaches close to 250,000 visitors annually.

With the roots of MJF intricately tied to the travel and hospitality industry – Nobs worked at the Montreux Tourism Office when he established the festival – a partnership with Fairmont Hotels & Resorts, announced in January, presented a mutual opportunity for brand development that was authentic to the heritage of both parties. Fairmont’s Le Montreux Palace, in particular, has become an iconic festival venue in its own right, hosting daily jam sessions and concerts as well as being frequented accommodation for festival artists (the hotel’s luxurious Quincy Jones Suite is a befitting homage to the iconic musician and producer who co-produced the MJF from 1991-1993).

‘Fairmont’s special connection to music is at the forefront of our rich and celebrated brand history’, says Sharon Cohen, Vice President, Fairmont Hotels & Resorts. MJF CEO Mathieu Jaton adds, ‘Fairmont Le Montreux Palace has a uniquely important place in the history of the festival and in the collective imagination. It was natural that this special relationship would take the form of a partnership with the world leader in travel and lifestyle, and a long-time champion of artists and audiences.’

The partnership primarily aims at furthering one of the integral goals of the MJF, which is to nurture the next generation of talent through the non-profit Montreux Jazz Artists Foundation (MJAF). Established in 2007, the foundation facilitates musical discoveries and provides a platform for emerging musicians through artistic residencies, cultural activities, and talent-development programs.

In January, Fairmont and MJF announced a partnership activation which saw two MJAF artists – blues and soul-inspired Canadian singer Bobby Bazini and London-based American nu-soul singer Jalen N’Gonda – invited on a tour of 13 Fairmont properties around the world. According to Jaton, both artists were chosen by Fairmont and MJF talent bookers as ‘coups de coeur’. ‘By giving these two artists an opportunity to travel the world, we bring their music to broader audiences in exceptional locations’, he said. The world tour culminated in performances by both N’Gonda and Bazini in the Belle Époque-style Salle des Fêtes grand hall of Fairmont Le Montreux Palace, which was attended by special guests of Fairmont and the MJF.

As storytelling and heritage become top considerations for luxury brands seeking to authentically connect with their discerning audiences, brand collaborations which draw on shared values are proving popular. Fairmont’s partnership with the MJF serves to heighten its cultural relevance through local support of MJAF artists, a narrative which is then extended through a series of exclusive live music experiences for its guests and visitors around the world. The world tour also provides a great publicity opportunity for the MJF in the lead up to its 2020 programme release.

As Jaton notes, ‘supporting young talents through the Montreux Jazz Artists Foundation, having them at the festival in the summer, and making tours like this happen really closes a virtuous circle.’

Due to the coronavirus pandemic, the Montreux Jazz Festival 2020 was unfortunately cancelled at the time of publication. The festival will partly carry over its 2020 programme to next year’s event, which is set to take place 2 to 17 July 2021. montreuxjazzfestival.com