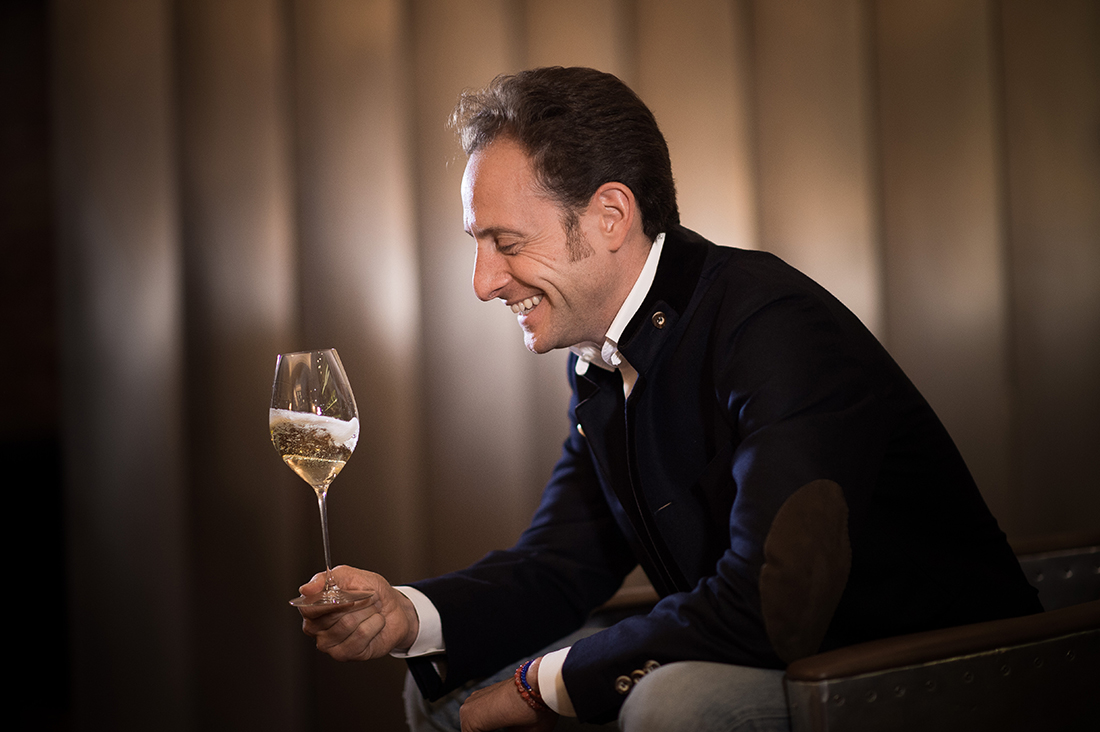 Riedel has been innovating in glassware for centuries, known for its grape-varietal-specific glassware that changed the way in which people taste and enjoy wine. The brand’s new Winewings collection of glasses once again aims to enhance the practice of drinking wine, writes Belinda Craigie.

It’s difficult to picture a modern table setting without the wine glass. Not only has it become so integral to the art of dining, but its evolution has seen many shapes and sizes emerge to complement both the wine poured and the occasion commemorated.

As an 11th generation family business with more than 260 years of expertise in making glass, Riedel is an industry leader in the category. Based in Kufstein, Austria, the business employs more than 1,000 people and operates three factories producing glassware for its three brands – Riedel, Spiegelau and Nachtmann.

Though the family has a history of creating glass for a range of uses, the last three generations of the Riedel family have turned their focus to the way that wine is consumed and enjoyed. Ninth-generation Claus J. Riedel released the Sommeliers range of wine glasses in 1973, which was the first grape-varietal-specific stemware collection designed to enhance a wine’s distinctive aromatic and taste characteristics. The glasses achieved worldwide recognition and remain highly regarded, both within the wine industry and among oenophiles. 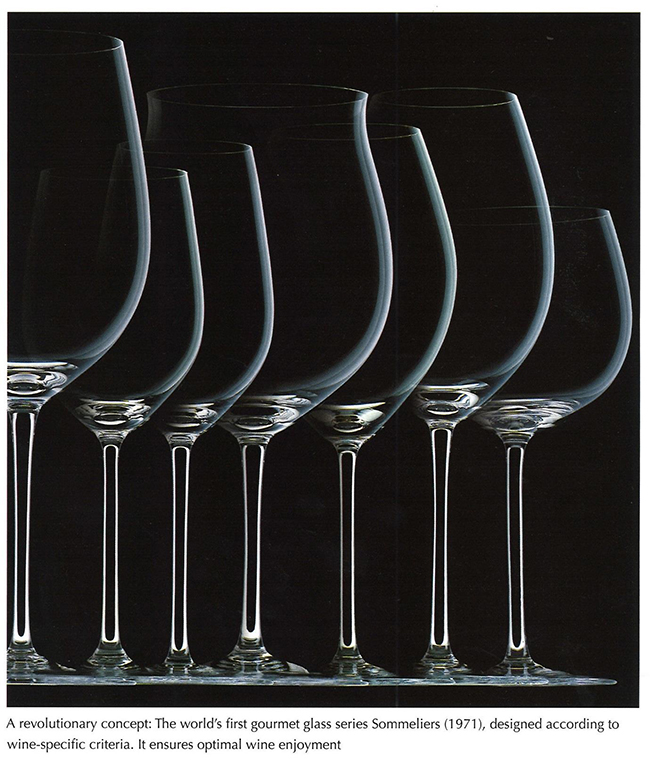 ‘All our glasses, I like to call them conveyor belts. They carry the wine to the nose, to the palate – the bend speeds up or slows down the wine to our palate and it brings different angles, offering more fruit or more acidity, depending on the variety, to be recognised by our brain’, explains 11th generation CEO Maximilian J. Riedel (pictured, top).

In addition to its grape-specific designs, the company is also commissioned by some of the world’s biggest brands – from Krug to Nespresso – to create specialised shapes that enhance the aroma and flavour of a beverage. The family’s contributions to the design of the modern wine glass have been commemorated in the permanent collection at the Museum of Modern Art in New York, and Riedel has collaborated on special limited-edition releases, such as a series of four rainbow wine decanters in partnership with the Elton John AIDS Foundation.

At the helm of the business since 2013, Maximilian has inherited the family flair for innovative glass design. In 2004, he released the brand’s stemless ‘O’ glassware and he is also the principal designer of Riedel’s range of eye-catching and often colourful decanters.

‘We cover everything when it comes to glass design and glass production,’ he says. ‘Because of our passion for wine, we believe that we produce the best wine glasses in the world.’

Recognising that the trade presented an opportunity for expansion through wine distributors and hospitality venues, Maximilian and his father, Georg, also instigated the Riedel Restaurant range in 2001 – a collection of the brand’s popular glasses made especially for on-premise use in hotels, restaurants and bars which are defined by their enhanced durability and ease of storing. Maximilian points to the restaurant industry as a strong focus in 2020, noting that it now accounts for close to 50 per cent of the business.

Riedel’s latest release is yet another innovation for wine connoisseurs to clink glasses to. As a final farewell to the industry, Georg Riedel has designed a collection called Riedel Winewings. An unusually shaped set of seven glasses, the collection is said to further enhance the unique characteristics of a wine such as aroma, minerality, fruit, and acidity. Prompted by a customer request to create the ultimate glass from which to enjoy Cabernet Sauvignon, Georg was inspired to make a new flat-bottomed glass with curved walls, which evolved to become seven glasses, each representing the most popular grape varietals; three white, three red and one for sparkling wines.

‘We make our first impressions by eye when assessing our chosen wine in the glass, and then we smell before we ever taste,’ said Georg about the functionality of the new design. ‘I chose a flat and stretched bottom, with a wing-like shape to increase the surface between wine and air, which increases the levels of evaporation and develops a greater intensity of aroma.’ While the brand’s other varietal-specific glasses are discernible by their shape, Riedel Winewings are comparatively more difficult to distinguish and for the first time, the grape variety has been stamped on the base of every glass.

Riedel’s consistent quest for creativity and pushing the bounds of what glassware represents is in part due to changes in how people are buying, collecting and drinking wine, says Maximilian:

‘We use [our] senses so that the wine really speaks to us and we get the most out of it. If I had told you this 30 years ago, no one would have really cared because there were wine drinkers and non-wine drinkers. Now, wine is very expensive. And if you’re investing in a bottle of wine, you want to get the most out of that investment.’