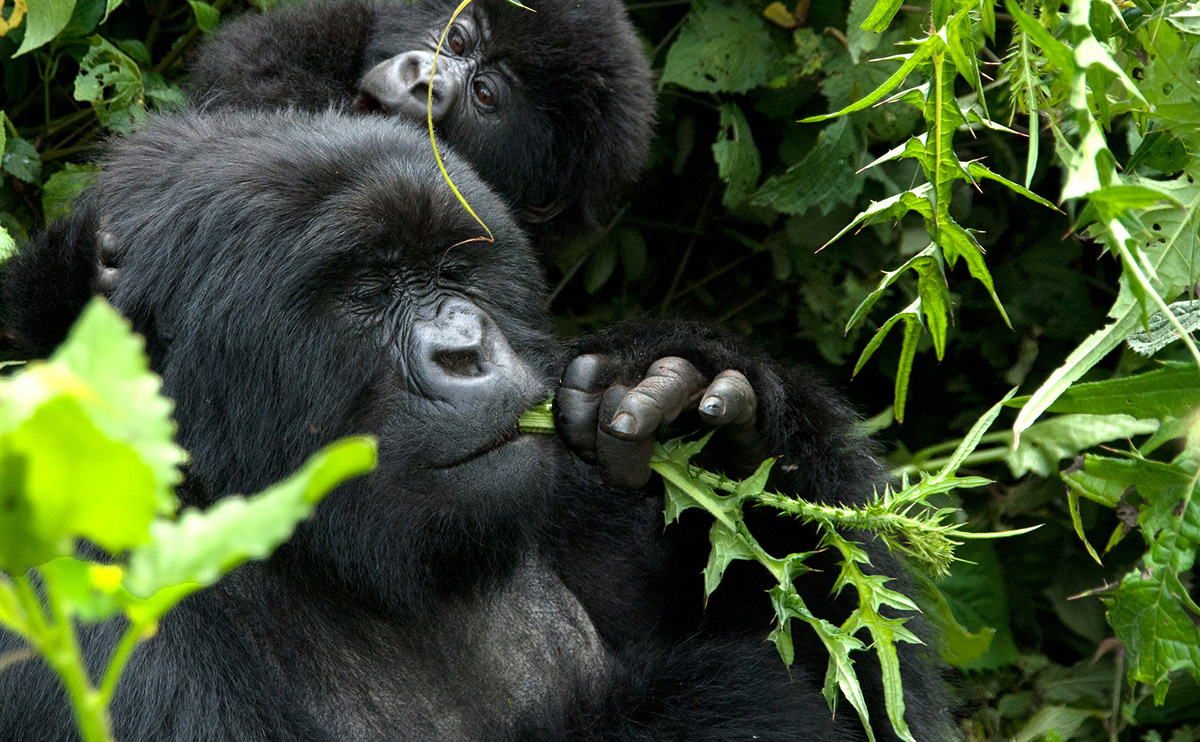 Professor of biological sciences and deputy director of applied conservation at the University of Adelaide, Kris Helgen also leads groups on global expeditions for private jet tour provider TCS World Travel. Belinda Craigie learns more about Kris’s unwavering passion for wildlife and how he enriches the guest experience with his expert insights into the natural world.

This interview was originally published in Luxury Briefing issue 218.

Are you able to share a bit about your background and how you got into zoology?

I’m a mammologist – a scientist who studies mammals. I study wildlife all over the world, especially in tropical regions. I’ve been fascinated with animals from childhood. When I was a kid, I would look at books, go to the zoo, go to the museum. As I grew, I made all kinds of organic lists of all the mammals I could think of, I would go to the library and request increasingly complex reference books and try to figure it out for myself. In some kind of silly but real way, that’s what I’ve been doing ever since – trying to figure out how many kinds of mammal species there are. What I’ve become best known for, as a scientist, is documenting and describing species of mammals that have never been named before. That’s a thrilling prospect and something I would have only imagined might have been possible when I was a kid. The thrill of discovery is what drives a lot of decisions I make about where to go and how to work. For about a decade, I was the head of mammalogy at the Smithsonian in Washington DC, which has the world’s largest mammal collection. I basically do my work in two completely different worlds; one is in the most remote parts of the world, the true wilderness areas that are still left on our planet, and the other is in the great natural history museums. There’s quite a discrepancy in those two different worlds, but they’re both amazing and kind of romantic, spectacular places.

You’ve documented several previously overlooked species in your work. Are you able to share your favourite or most exciting discovery?

One of my favourites is an animal called the olinguito, a species that I named in a scientific paper and announced it as new to the public in 2013. A member of the racoon family and about the size of a house cat, it is adorable with long fluffy fur and big eyes. It lives only in these high-elevation cloud forests in Columbia, Ecuador, up in the northern Andes. The racoon family is in the broader group of mammals called the mammalian carnivores – so with cats, dogs, bears – and it was the first species of mammalian carnivore to be given a scientific name in about 40 years. So, it was really exciting for me and it had a spectacular reaction with coverage in essentially all major media outlets worldwide. But the most rewarding aspect was that a lot of people got interested in the animal, especially down in Colombia and Ecuador. There is an urgency to some of these discoveries because once we get them on the books, that’s what starts the view to protect them. That’s a rewarding aspect of these discoveries as well. To date, I’ve named about 40 species of mammals and I have about 60 in the pipeline that I’m working on. Every year, I reveal a few more. They all take quite a bit of time to document, and there’s also the need to do careful comparisons of DNA and anatomy to prove to the scientific community in a very clear way how different they are and why we should be recognising them.

How did your role with TCS World Travel eventuate and what does it entail?

I’ve been involved with TCS since 2011, it’s a great partnership. My role is one of enrichment, where I work with the company to try to increase the educational components of these trips. People are pretty self-selecting and I find, almost universally, there is this love of learning. Travel is obviously a broadening experience and we try to make that even more so. I work with TCS to help design itineraries, to pick places that I think we should be taking people, especially in my case to see wildlife and natural areas. I also do things like developing a reading list to send to people in advance of the trip so they can study up if they’re interested. But mainly, my role is to play host and expert on the trips themselves. For two or three weeks, I go along with the guests on their journey and really develop relationships that often lead to friendships and people repeatedly travelling or engaging with me outside of TCS in great ways. I put into place a lecture programme for the trip as well, which can happen on the jet as a way to fill some of the time as we move between locations. It’s a rewarding experience for me, especially because the clientele involved are often CEOs of big companies and the chance to be communicating with them directly about science, environmental issues, conservation and the importance of natural history is a pretty powerful thing.

Sometimes, it can do big things for shifting someone’s perspective or even changing someone’s mind about the importance of an environmental issue, which can be contentious. I’ve had people who are very influential in their own world that come along on TCS programmes and have said to me that they’ve never had the chance to sit down with and get to know a scientist in that way. And it can be an important experience which helps them to really understand some of the serious issues that they maybe didn’t understand previously. That is rewarding and powerful for me.

What have been highlights from the trips that you’ve done so far with TCS?

I get to pick some of these incredible wilderness areas and then go to them again and again. Probably the most memorable aspect has been the African trips, taking guests to see the mountain gorillas. It is an incredible experience and most people who do it refer to it as life-changing. You have the chance to spend time up close and personal with a mountain gorilla family. These groups of gorillas have been habituated and grown very used to the fact that people come to see them – originally researchers and then eventually tourists – but now it’s the fundamental reason why these gorillas are still there. Without the impact of high-end tourism – because the permit to come to see them is $15,000 a day – that kind of experience is really what ends up supporting the gorillas’ survival. The reason it’s so moving and powerful is that you’re there on the gorillas’ terms, it feels almost like you’ve been beamed from outer space right into this place where you could never imagine you’d be. Mostly they just go about their business, as it should be, and ignore you. It really is otherworldly and a lot of the ways that those gorillas are interacting is so human; mothers with their babies, the babies playing with each other, the little young gorillas play tag … You can see why that ends up being such a monumentally beautiful experience. Often the Africa trips will either start or culminate in the gorilla experience, but it will, of course, include all sorts of other safari and activities.

What do you think TCS’s clientele seek or what is their expectation when they book a trip?

They know that part of this experience is going to be the chance to travel with me, or another expert, as well as all the other incredible high-end things. There’s a doctor and a chef and wonderful logistics and social managers. All that’s there, as well as the experts. Each one of those elements is just catered to such a high level, and I think the educational experience is as well. That’s the feedback that I get a lot of the time – it’s the educational components that set it apart.

Do you have repeat guests on your journeys?

TCS is pretty amazing with repeat clientele. I think the last two trips I did – one in Africa and one in Australia and New Zealand – the majority of guests on both of those departures were repeat. In fact, on one of them, it was something like two-thirds, which is pretty amazing. It shows that they are coming back once they get a taste of it and there have been a number of couples that, once they have travelled with me and got to know me, will try to make sure they get on to my next trip. Right now, I do about two a year for TCS. I try to pick different ones and mix it up a little bit, too.

In your view, what is it that’s driving the luxury travel market at present?

Partly what they’re seeking is a superior experience that they’re not going to be able to get through most travel providers. A lot of the ways that clients find TCS is doing the Around the World itinerary, which is an amazing trip. What draws people in is that, in just over three weeks, you have the chance to really check off that bucket list. It takes in Machu Picchu, Angkor Wat, the Great Barrier Reef, the Taj Mahal and more, all on the one trip. As the market changes and as a lot of clients have tried these trips, I think the real push is for new itineraries.

Most of the trips, for many years, have been on a modified 757 jet where all the seats are taken out and replaced with 52 flatbed seats. Starting in 2020, they’re going to add an Airbus 318 with 28 flatbed seats. So, that’s helping to drive the totally new and exciting programme for 2020 onwards. For me, with wildlife, that might be choosing places in India, Sri Lanka or Africa that check boxes that guests haven’t been able to before.