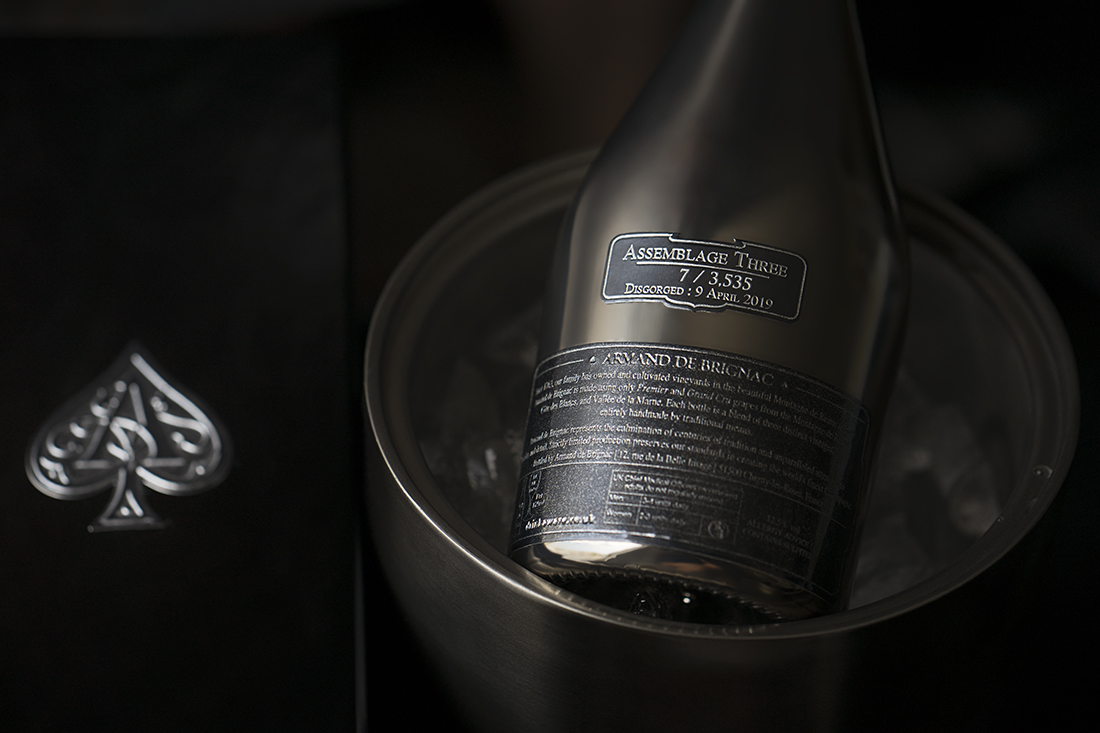 The Champagne brand owned by Jay-Z Carter, Champagne Armand de Brignac, has released its Blanc de Noirs Assemblage Three (A3) in the UK, the third assemblage of its ultra-prestige cuvée.

The new release has been created in a run of 3,535 bottles worldwide and features 100 per cent pinot noir grapes sourced from villages in the Montagne de Reims, including Bouzy, Verzenay, Chigny-les-Roses, Ludes and Rilly-la-Montagne.

The A3 has been produced using the same winemaking methods as its predecessors, with three vintages from 2009, 2010 and 2012 creating a greater depth of flavour.

A limited number of bottles of the new release is available at Harrods.