Will Williams is spreading the word of wellbeing

Home » Will Williams is spreading the word of wellbeing 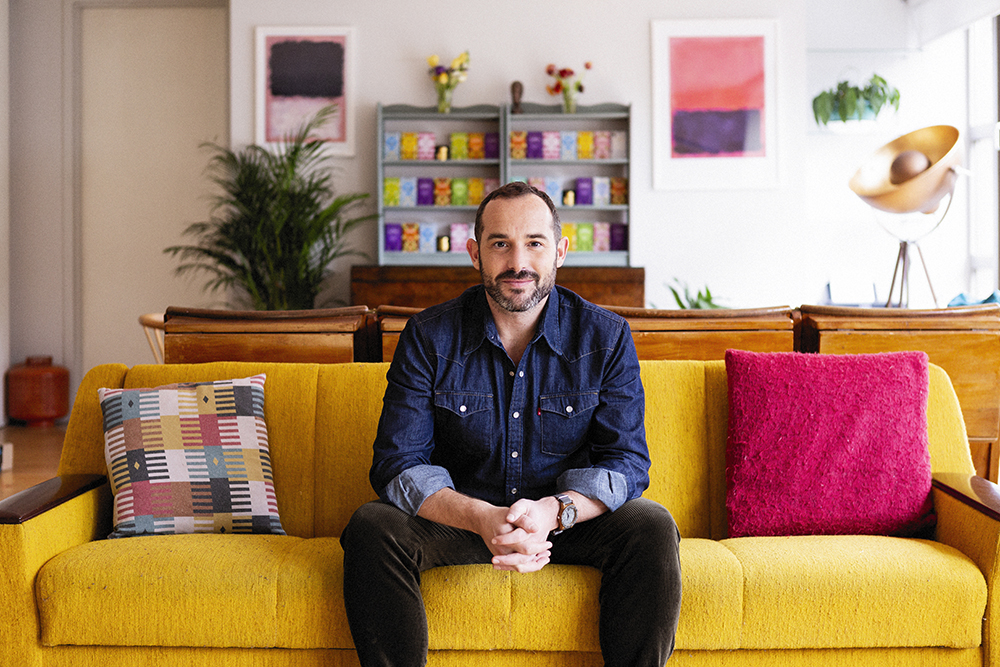 Will Williams is the founder of Beeja, an accessible meditation method – and new app – that has been implemented by companies such as HSBC and Google. Belinda Craigie speaks to Will about his ongoing mission to create a better world through meditation.

Can you explain how you’ve landed in the wellness and meditation space?

I had insomnia for several years. I’d been a little bit curious about meditation because I’ve always been into experiences but I was doing things that were very adrenalised. I tried hypnotherapy and other semi-conventional things but none worked, so I tried meditation on a recommendation I’d received. It worked in two weeks – insomnia gone – and there were all these other things; I became a nicer human being and I was very productive. My curiosity then went toward: what else could I learn? And,
why isn’t everybody doing this?

I realised that all of the problems, dramas and challenges we face in our individual lives – and in the workplace, society, globally – they’re all a reflection of this internal malaise, disorder, a lack of balance and fulfilment that we feel as individuals. When you aggregate that across society, it leads to collective fear, distrust, lack of humanity, hostility and apathy. There was a real wake-up call for me that, if we don’t get this right, we will have some serious problems on our hands.

What is it that you believe makes meditation so important, particularly in the business space?

Most businesses are a reflection of the sum of their people. When people are in a state of stress, they go into fight-or-flight mode; their hyper-vigilance function is always on and they worry more than necessary. Executive creative functions and, critically, humanistic functions become inhibited. You have a workplace where people are in more of a defensive posture, with not a particularly helpful amount of compassion, empathy, trust, or sense of connection. People become competitive rather than collaborative, are overly analytical and find it hard to make good decisions or maintain their focus. That is the situation in pretty much every workplace in the industrialised world.

Meditation is valuable because it calms your nervous system down and has a positive effect on your executive functions. Innovation becomes high in the organisation and the problem-solving piece gets sorted. At the human level, because you’ve got people being more collaborative and feeling a sense of tribe as opposed to a ‘me mode’, the workforce ends up becoming like a shoal of fish – they’re really adaptive but harmonised. If we’re going to get anywhere in life, you need people pulling in the same direction.

Are you able to share a little bit more detail about your experience as a wellbeing advisor to the OECD?

The Bransons flew me out to Necker Island to speak to people in education, and the head of the OECD happened to be there. I was doing twice-daily meditations for all of the attendees and he really got it. He invited me to go and speak with education ministers from around the world at their next big conference, where I spoke about the importance of making wellbeing a central pillar of a child’s life. The need is urgent. Children are suffering more than adults because of all the various conditions that they’re subjected to. We need them to be able to adapt, creatively, to this fast-changing world and add value to the equation, rather than trying to operate in a very automotive way.

Beeja has been adopted by some prolific organisations as well as individuals. Are you able to share some of the reasons that your method has proved popular?

I would say the main reason is just the ease of practice. It’s ridiculously easy, once you’ve been taught properly. But it’s also highly effective. People in the workspace want quick results, but they also don’t want it to be an effort. And, there’s no dogma – there’s no adoption of beliefs and it’s very agnostic in that regard. It’s about helping you to tune into yourself and work out the best way forward for you. Longer-term that becomes more important because, with some practices, you’re supposed to basically buy into this particular worldview. I think we’ve moved beyond that now – the world has had enough of rule books and wants to make its own. This allows you to come up with a framework by which you wish to live your life. Tune in, do what you need to do, become your most human self, work out the best way forward for you, and others around you will do the same.

What prompted you to develop an app to share your practice?

I’d actually always been quite anti apps, because they’re so limited in what they can give you and, with the big ones out there devoted to meditation, there’s still only a very small percentage of people who continue. It felt paradoxical to me that, in order to do this very good thing for yourself, you were reliant on a piece of technology. The main motivation was to democratise meditation and make it as widely available as possible. My view was that we could use the app to help people become more self-sufficient. Then, if they don’t want to use it anymore, fine! Now you’re empowered. It started with democratisation and then self-sufficiency, with the aspiration to create greater efficacy and we are exceeding our aspirations. I’m wonderfully surprised by how impactful it is. 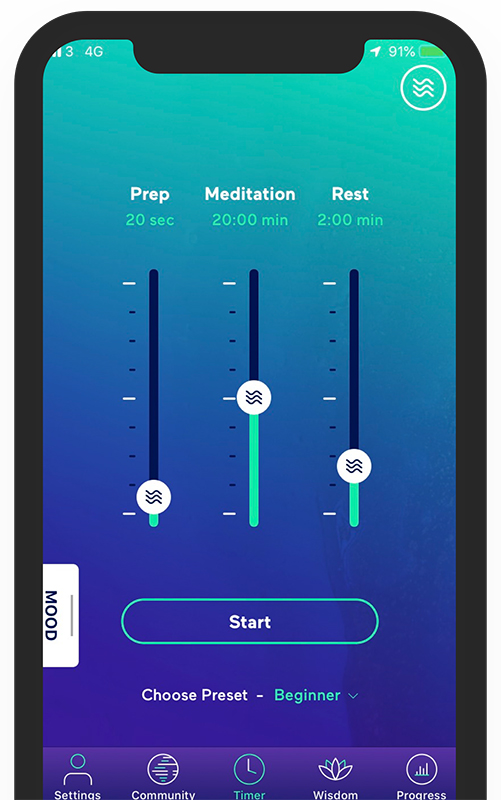 What’s the most satisfying aspect of sharing your experience and expertise in meditation?

Seeing very sceptical people coming along on the first day being completely blown away by it in 48 hours. Recently, I was teaching a man with dangerously high blood pressure who was sceptical but was almost forced into giving it a go. In the space of 48 hours, his resting blood pressure went from 140 to 78. He was blown away by that. Seeing people blossoming into a better human being and seeing them have a much fuller understanding of themselves, of others and of the world; feeling like they’ve got more perspective, more purpose, more sense of belonging and seeing that happen quite quickly makes you feel really good.

What would you say to those who doubt the possible benefits that meditation can provide?

I would say the only way you’ll ever know is by giving it a try. There’s so much scientific and anecdotal evidence now to show how powerful meditation is. It’s delivering huge mental, physical and emotional changes for people. Give it a go for three or four months of your life and see what happens. If you can crack it, the world is your oyster.

What’s your ultimate goal for Beeja?

To offer a level of meditation expertise not found commonly, so that when people engage with it, they have a really powerful experience. Beeja is here to create a happier, healthier world by feeling relevant and accessible to every individual who wants tomorrow to be better than today.

What changes do you anticipate seeing in the workspace over the next five years, particularly as it pertains to wellness?

I feel that there has to be some change. Generating a culture shift within your workplace so that decisions are being made at the structural and policy level to honour people’s wellbeing and not just give it lip service. Encouraging a massive upward shift in emotional intelligence is a game-changer. And, walking the walk with culture change that reinserts the boundaries that technology has dissolved.

Tim Jackson: ‘The message to luxury brands is to start experimenting’

Lars Rensing, Protokol: “Blockchain will be a key technology for the luxury goods space”