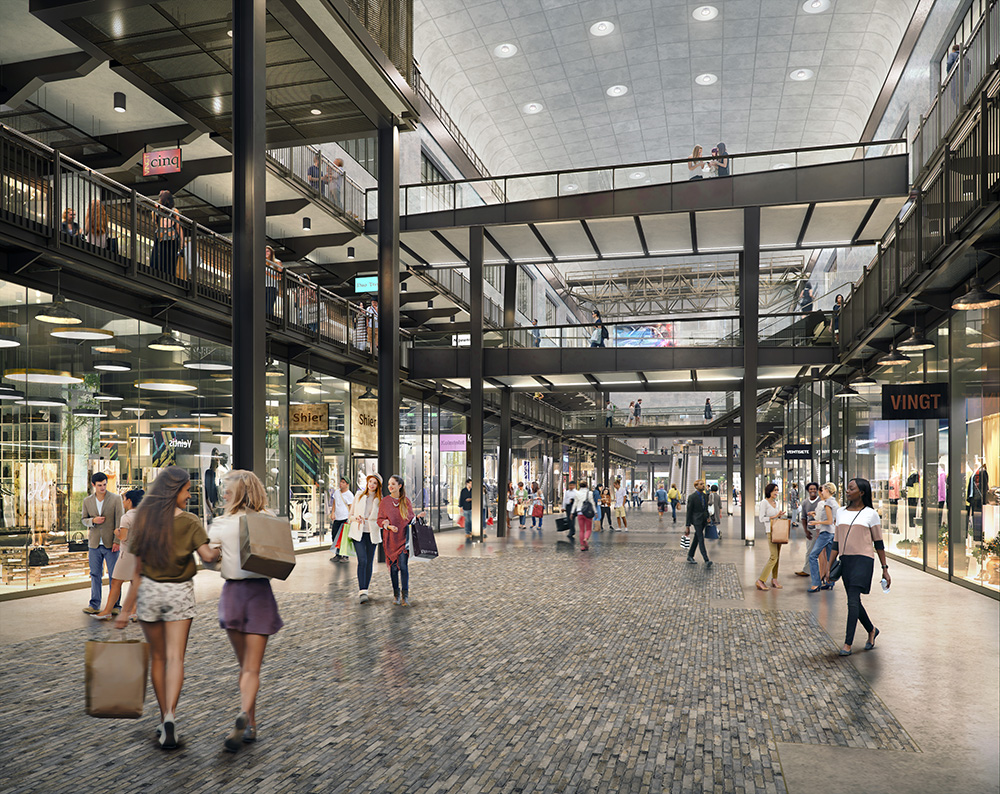 In 1935, the final cost of the Turbine Hall A in Battersea Power Station was £2.14 million. In 2019, the developers are currently spending this sum per day!

Battersea Power Station was first proposed in 1927 as one of the world’s largest brick buildings. To celebrate fifty years, the iconic London landmark was featured on the cover of Pink Floyd’s album Animals. Ninety years on, Circus West Village opened and the tunnelling for the Northern line extension was completed.

Battersea Power Station has inspired generations of artists, photographers, musicians, filmmakers and designers, featuring in the Battle of Britain (1969), Monty Python’s The Meaning of Life, The Beatles’ Help! and Batman – The Dark Knight. Alexander McQueen and Burberry have used the building as a backdrop for fashion shows.

Today, the question is whether the landmark, dormant for more than four decades, will inspire luxury retailers to open stores to complement the restaurants, offices and residential apartments.

To date, the decommissioned coal-fired power station has been proposed as home to a theme park, Chelsea Football Club, and a casino with comedy venues and restaurants. After a number of high-profile false starts, the power station was placed on the open market for the first time in its history in 2012.

Now opening for April 2021, the one-of-a-kind development will be linked to the underground network by the new tube station. The site will create 4,000 jobs for Apple employees within the 500,000-sqft European Headquarters, alongside 40,000 sqft of co-working office space, featuring a bespoke design for Stockholm’s No.18. A 2,000-capacity venue and three-screen cinema will provide leisure attractions alongside a 35,000-sqft food hall and numerous restaurants. Two hundred and fifty-three apartments have already attracted interest from initial residents, including Sting and Bear Grylls.

The £8-billion, mixed-use scheme sits on 42 acres with 1,500 feet of water frontage, first put to good use to source the cooling process of the power station but now providing access for riverboats from Putney to Greenwich and Thames views.

The developers have ambitions to attract luxury and aspirational luxury brands. Rolex, Watches of Switzerland and Hugo Boss have already signed for spaces and the retail content is 30 per cent let or under offer. British heritage brands are on the target list for the leasing advisors, offering spaces from 650 sqft to 15,000 sqft.

As a guideline, rents for 1,000 sqft to 1,500 sqft are set at a relatively modest £200,000 per annum, much less than nearby Sloane Street and Brompton Cross. Forty million visitors a year are anticipated, which would compare favourably with the 27.5 million visitors to Westfield London, the nearest shopping centre.

The Chimney lift is destined to become one of London’s top 10 visitor attractions and, 50 years after featuring as The Ace Face in the film adaption of The Who’s album, Quadrophenia, Sting (Gordon Sumner CBE) could once again feature in the launch of an iconic London phenomenon.