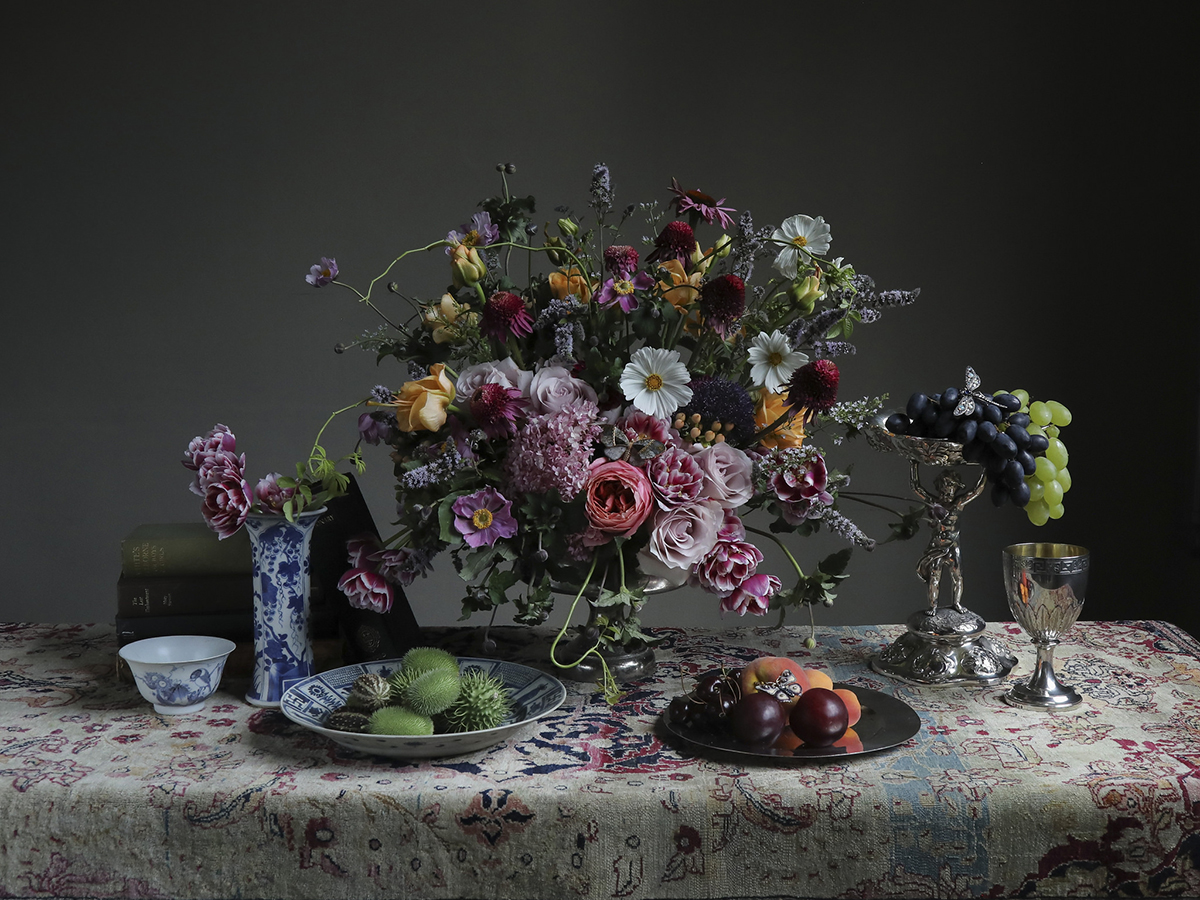 Through the art of floral design, McQueens has become known globally for its distinct aesthetic, synonymous with luxury and elegance. Belinda Craigie visits McQueens HQ to discover how the business continues to bloom.

Since its humble beginnings as a small shopfront in Shoreditch three decades ago, McQueens has been telling stories with flowers. The company, which was founded by Kally Ellis in 1991, has since become a global force in floral design, known for its impressive installations, bespoke commissions and creative bouquets that move away from the rigidity of traditional arrangements. It also champions the future of the trade through its prestigious Flower School, which has been offering vocational courses and experiences for hobbyists and flower enthusiasts for more than 20 years.

McQueens, as it’s known today, was formed when Kally, following a visit to Paris where she was enamoured of its flower shops, had a dream about opening her own in London. She decided to follow her instincts, left her corporate job and invested in a small flower shop in Shoreditch. The business has gone from strength to strength ever since, relocating several times as it literally outgrew its physical boundaries to land in its current sizeable headquarters in London’s East End. 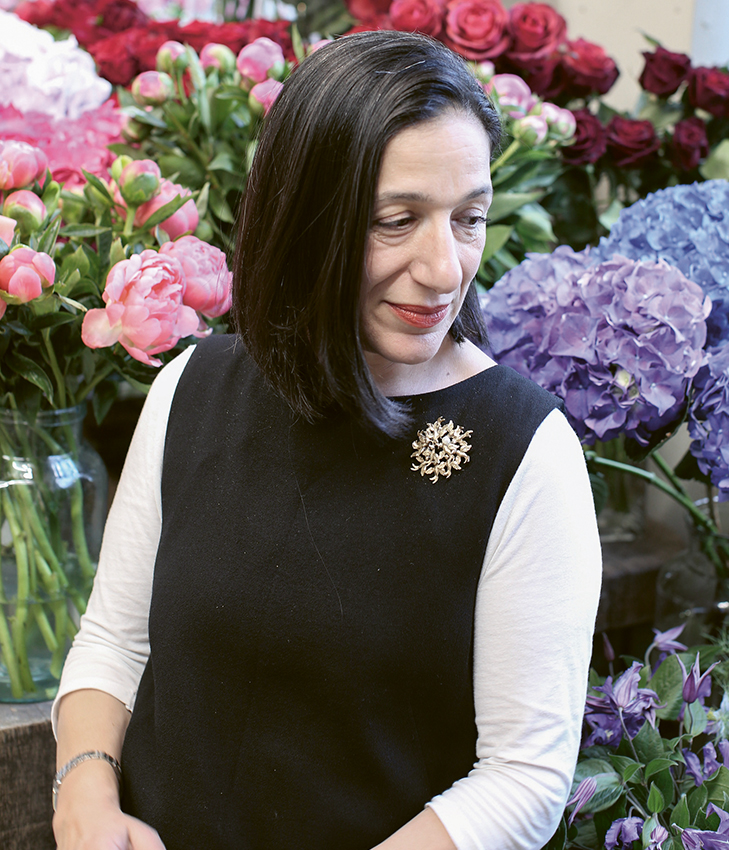 In 2018, Kally followed her instincts once again. Recognising that the business – which at that point was turning over revenues of more than £5 million annually – had become too much to manage on her own, she sold it to private equity investors and appointed Richard Eagleton as its managing director, who now oversees its team of 75 permanent staff.

Kally has stayed on as chairman of the business and tells me that handing over the reins to her empire wasn’t difficult, due to Richard’s resolute drive and his professional experience at established brands like Dunhill, Waterford Wedgwood, AGA and Fired Earth. With a mandate to continue to grow McQueens, Richard has taken on the task with an unwavering enthusiasm for the future of the brand that he is now the guardian of. In the past two years, McQueens has expanded into New York and Seoul and will open in Shanghai in 2020.

McQueens’ reputation is one of international and local acclaim, thanks to its multi-channel business model that encompasses the Flower School, bespoke commissions for businesses and private clients, events, and retail.

The McQueens roster of clientele reflects its proclivity for designs that are inherently luxurious, sophisticated and elegant. It has been the go-to floral designer for the Vanity Fair Oscars Party for more than two decades and counts brands such as The Rosewood and Claridge’s – where it also has a dedicated retail store – as regular clients.

Kally attributes the business’ success to its consistent drive for evolution and innovation. ‘A lot of people in the same industry have a certain look that they maintain throughout but, like with everything, that becomes dated. We’re constantly looking and striving towards that next new thing, pushing the boundaries, looking at the world around us and seeing what direction we’re going in,’ she says.

It’s a sentiment that’s echoed by Richard, who also outlines McQueens’ role as educators as a point of difference. ‘We are not the only florist in the world that has mastered our art. Others do that brilliantly, too. But what makes us very unusual is the education DNA … which is about innovation, inquisition, pushing the boundaries. It’s about a restless impatience for the new and the alternative … When you apply that to mastery of art, what you get is unique mastery of art.’

With plans to open a four-classroom school in Shanghai next year, Richard is also planning for 10 to 20 additional schools in China thereafter – an ambitious goal he puts down to the insatiable appetite for learning in Asia. Fostering a business success that is truly global means the team is becoming famous in its own right. It’s something I witness firsthand in the McQueens HQ workshop, where a procession of visitors from Korea excitedly greet Kally like the floral celebrity she’s evidently become.

While growth is certainly high on the company’s agenda, Richard has a strong conviction that the company is equally devoted to initiatives like sustainability. Its newly published Corporate Social Responsibility plan, he says, takes a broad view on the issue to include open opportunity and continuation of employment in addition to environmental considerations. Part of that is retraining florists as educators once they’ve reached the end of their tenure (according to Richard, most florists will stop working in their 40s due to the physical demands of the occupation).

On the environmental front, the company is cutting down on non-compostable, non-recyclable and non-biodegradable components like cellophane (reduced by 80 per cent) and foam (reduced by 50 per cent with another 50 per cent reduction goal for this year). He’s transparent with his assertion, too, that there are still practices that the business will need to cut out entirely in order to meet its objectives. ‘There are some things that can’t be done, so we just need to stop doing them.’

Perhaps indicative of the extent to which the luxury market is responding to the demand for sustainable practices from consumers, McQueens’ reputable clients are also increasingly seeking higher ethical and sustainability standards from their suppliers. ‘It’s definitely at the forefront of what everyone is thinking and doing, and you have to fall in line,’ explains Kally.

Reusing and recycling the flowers from events to be used in the Flower School, as well as donating them to charities like Flower Angels, which sends them to hospitals, hospices, and aged care facilities, are tangible ways that McQueens is reducing its environmental footprint. Cutting the number of suppliers in its global network from around 20 to just five means the company can retain a chain of custody, and it’s increasingly buying directly from growers to support local communities. ‘We are a sizeable company and we’ve got a responsibility to show some leadership,’ says Richard.

Buying direct also gives more direct oversight of what’s grown, thanks to the brand’s considerable size and associated demand. ‘If we know we need something in the region of, say, 150,000 hydrangeas a year, we can give a commitment to the grower and give them the confidence to invest in growing those to the right standard because they’ve got a market for them,’ explains Richard. In recognition of these efforts, McQueens has recently become the first floral design brand to be assigned a Positive Luxury Butterfly mark.

The drive for sustainability is reflected in McQueens’ partnerships. Two immersive art installations at the 2019 RHS Chelsea Flower Show, titled Honey, I’m home! and Per Oculus Apum – a 20×7-metre tunnel with a canopy of wild, organic and bee-friendly flowers (pictured below) – were created by the company to raise awareness about ongoing threats to bee survival, a cause that sits close to home for McQueens. ‘Without the bees, we are doomed and we wouldn’t have a business’ says Richard.

Perhaps a natural fit considering the nature of flower design, the company is also expanding its reach within the art sector, this year becoming a founding partner of The Courtauld Institute of Art. In addition to supporting its Sculptural Processes Group and Illuminating Objects programmes, McQueens also created a stunning floral art installation for the Venice Biennale, inspired by the institute’s collection of Impressionist masterpieces.

While he remained tight-lipped on the details, Richard alludes to big partnerships and projects on the horizon for McQueens. It’s evident that his enthusiasm to drive the brand to new heights, coupled with the existing global esteem McQueens holds in the industry, means that the company’s future is looking increasingly bright.

This story originally appeared in LB 217.