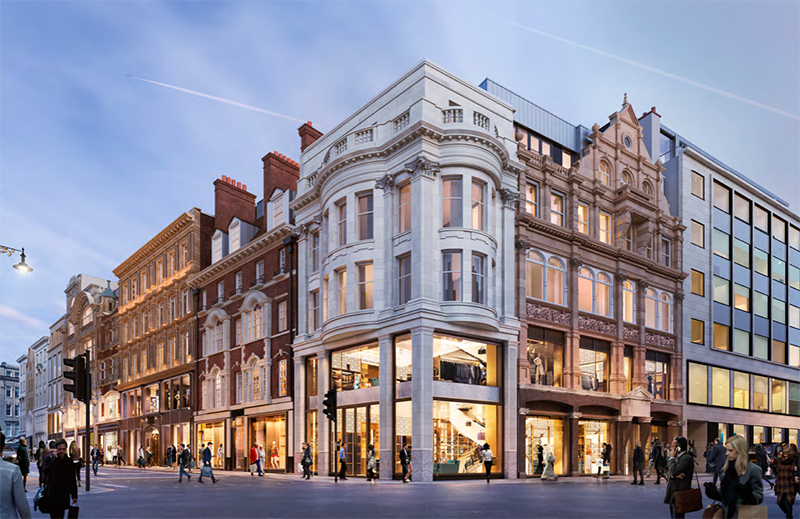 ‘In the midst of every crisis, lies great opportunity’, said Albert Einstein. Or, to quote a significant landlord in Central London, ‘How will the retail leasing market respond to the Boris Bounce?’

At the time of writing, the new Prime Minister has committed to leave Europe by 31 October and the pound exchange rate to the dollar sits at a new two-year low.

On Bond Street, significant rent-free packages are now available on new schemes. GPE (64-72 New Bond Street) has six stores to lease in the Crossrail development; two other flagship store opportunities (approximately 10,000 square feet) within close proximity will be completed within the same timeline; and other landlords, having created new store opportunities by negotiating exits for former tenants, will no doubt be looking over their shoulders and making a contingency for significant leasing packages.

Logically, this section of New Bond Street, north of the junction with Grosvenor Street and Maddox Street, is the next stretch to benefit from the streetscaping works, with the new tube station entrances and demand for well-configured stores over two or three levels.

At rents of approximately 50 per cent below the part of the street directly to the south, (currently home to Ermenegildo Zegna, No.37/38; Louis Vuitton, No.40; Loewe, No.41; and AlaÏa, No.139), any new entrant brands will certainly have the luxury of choice.

Elsewhere in Mayfair, the streets are quiet from a leasing perspective. Strathberry, (luxury handbags designed in Scotland) has opened at 125 Mount Street (formerly Loewe). However, Swiss watchmaker Parmigiani Fleurier (No.97) is now closed. The rent for a new lease is the exact same level as agreed (upon review) in May 2017.

Rumour has it that Japanese streetwear brand A Bathing Ape is paying 10-15 per cent less in rent for the former Nicole Farhi store at 24-25 Conduit Street.

Lengthy rent-frees are available in Savile Row – with at least five spaces to let. DRAKES will relocate onto The Row from Clifford Street in September and extend the retail offer to much more than ties and accessories within the former Alexander McQueen boutique.

The principal landlord of Bruton Street is now strategising the re-profiling of nearby Bruton Place and looking to create the next ‘foodie’ location within Mayfair. No.32 Bruton Street remains available to lease, though it’s approaching the first anniversary of the relocation of Stella McCartney to Old Bond Street.

The message from the large luxury groups reflects the possibility of the UK facing a hard Brexit, rather than a negotiated exit with forensic analysis on any new opening investments in London.

With the benefit of hindsight, London (and particularly Bond Street), recovered within six months of the unexpected outcome of the Referendum vote and many landlords will be hoping for a similar response in Q3 2019.

This article was originally published in Luxury Briefing issue 216.