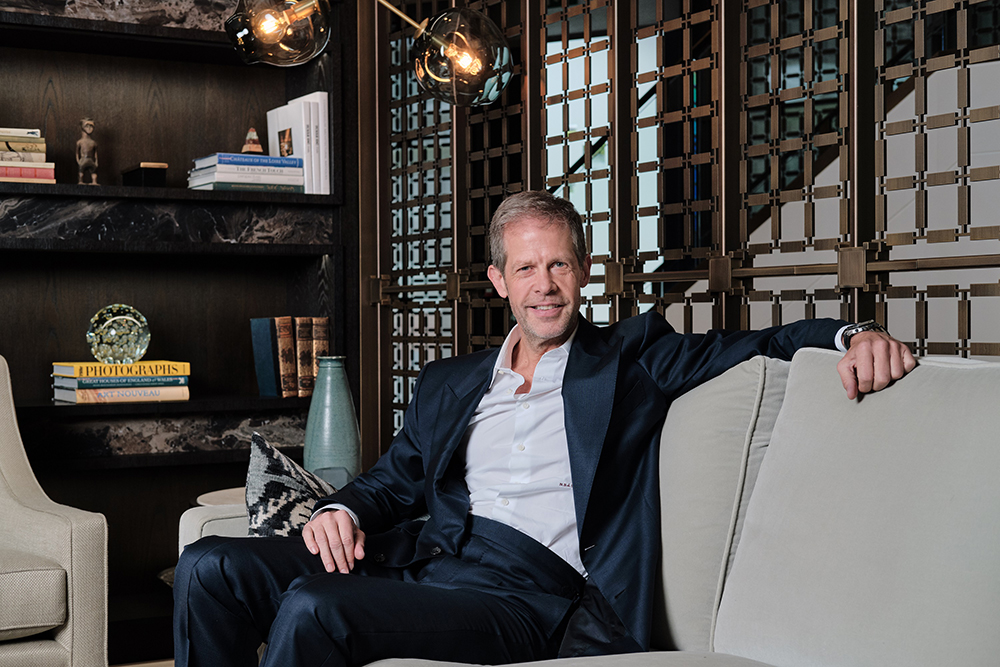 Niccolò Barattieri di San Pietro, CEO at Northacre, discusses the company’s newest development at No. 1 Palace Street and shares his observations on the evolving nature of luxury today.

Can you briefly tell us about your history in the real estate industry?

I have always had a strong interest in property and have managed a small property portfolio on behalf of my family since my early twenties, so after many years of working as a hedge fund trader, I decided to pursue pastures new and saw property as the ideal career path. At this time, it was already obvious to me that developing property successfully involves a strong understanding of finance, and I thought that my background in the financial industry could only be a benefit to what I wanted to bring to the realm of super-prime real estate.

However, my real escape route appeared in 2006 when my good friend and mentor Alessandro Cajrati Crivelli offered me a position at his real estate development company Est4te Four and provided me with the opportunity to work on multiple projects all over the world. Alongside the other Est4te Four Partners, and over the seven years I was working with the company, I helped Est4te Four advance from a mid-size developer into a global real estate advisor with developments in Milan, London, New York and Los Angeles.

In 2013 when Northacre was bought by ADFG, I was asked to become its new CEO and simply couldn’t resist the opportunity to work on some of the most prestigious real estate projects in London.

How did Northacre’s involvement with the development at No 1. Palace Street come about?

St. James’ and Victoria are popular areas for regeneration, and the latter has great transport links to get to all main London airports as well as around the city. If you took a map of London and plotted all the previous Northacre developments by the year they were created, which is very important because areas change, you will see that our formula hasn’t changed in the last 30 years. We develop in areas that are very central or very close to, but not in the ‘centre’, and focus on creating a product that is better than anything else in that area, and then we play the price conversion with the super-prime area.

Regarding No. 1 Palace Street, one would probably say ‘how absolutely fantastic to overlook Buckingham Place, but it would be nicer on the Mayfair-side of Buckingham Palace’. And yes, it would be, but you need to understand the micro and macro of the areas and the buildings themselves because it needs to become an aspirational development.

So, we were asking ourselves: ‘How many times can you buy a whole block of five different architectural styles all in one next to Buckingham Palace like at No. 1 Palace Street?’ and the reality is that you can’t. And yet these buildings enabled us to create a phenomenally unique and beautiful product and generate additional value as well.

What are some of the luxury attributes of the development that set it apart?

Overall, I would say that Northacre mostly distinguishes itself through an intrinsic understanding of luxury, where passionate attention to detail is combined with an appreciation for craftsmanship, heritage and innovation. This is showcased through the notable developments that we have been responsible for such as The Lancasters, The Phillimores, and The Bromptons. We do also spend an incredible amount of time building relationships with our buyers and create a trusted rapport through impeccable service.

Another thing that I believe differentiates Northacre from other luxury development companies is our dedicated approach to selecting the appropriate materials and we incorporate them in a way that makes the exterior and interior design align. We go to great lengths to source the best marble by travelling to Carrara in Italy, and timber from Turin for example, but also work closely with the most prestigious kitchen makers Obumex in Belgium, ensuring complementary fixtures and fittings.

No. 1 Palace Street is a great example; it used to be five different buildings, with five diverse architectural façades and interior styles – our architects and designers are ensuring that we stay true to the individual building’s heritage and that the exterior of the building translates into the interior in a holistic way.

The revival of architecturally significant buildings into residential developments is technically more difficult than a new build scheme, but extremely rewarding in terms of the final product. Whatever the scheme, we focus on creating legacy developments that become an important part of the London landscape – and we’re proud to be London’s leading developer in this regard.

In what ways has the building’s history and royal affiliation informed the design concept of the development?

To give you a tangible example, Buckingham Gate (built in 1861), the Grade II listed wing of No. 1 Palace Street, was once the major landmark ‘The Palace Hotel’ and has a long-standing affiliation with British Royalty; it hosted distinguished guests of Queen Victoria before the third wing of Buckingham Palace was built.

So, beyond reviving its mid-19th-century, Italian Renaissance-style façade, we are creating palatial apartments and selected the finest marble, exquisite flooring and exclusive finishes to ensure harmony between the exterior and interior, so the entirety of the building will communicate its noble heritage. 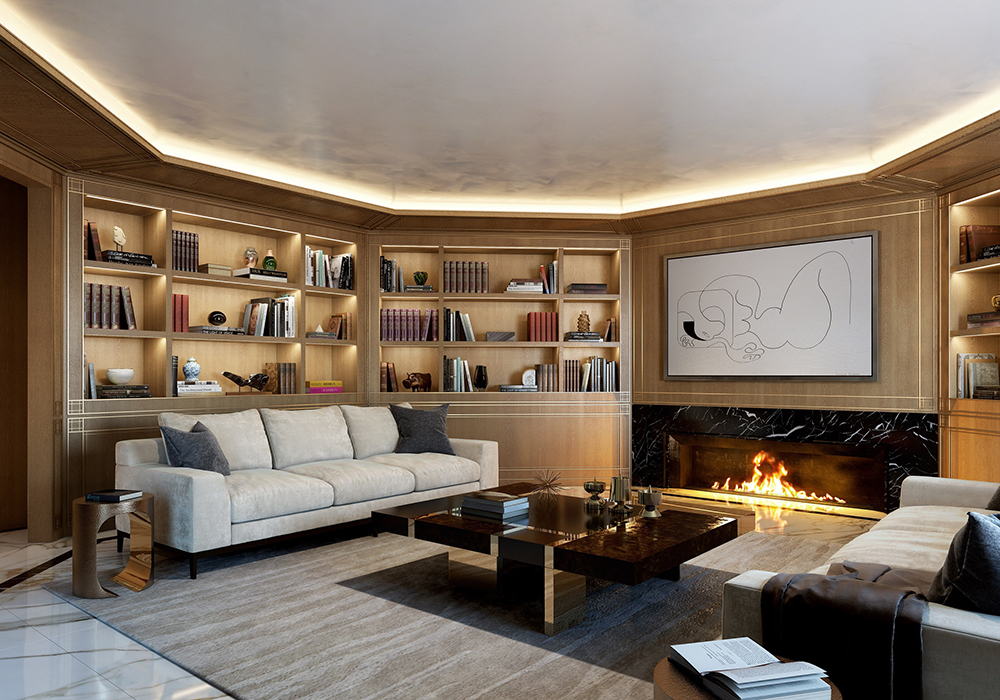 In your experience, what have you seen as the main changes in the luxury sector over the past decade?

I think that there have been some clear changes in the market in general, many of which aren’t unique to high-end residential developments. However, we’ve seen trends in residential going slightly back to basics in the sense that, for a long time, developers thought that the more expensive the property, the more they had to put in it, as well as that everything had to be covered up to give a sense of luxury and how much they have spent.

The fact is that our clientele like to turn the switch on and off, and the button for fading the light is the most they want to see. So, we’ve been stripping back on the technology and going back to ‘basics’; because the sense of luxury can also be in the beautiful simplicity of the light switch.

Over the past year or two, I have noticed another change focusing on the staff of the development; the concierge, the valet, and this is where we must ask ourselves how we enable these services?

I’ll give you a practical example. When we were organising these elements for No.1 Palace Street, I was new at Northacre, and I said let’s go and interview all the teams that work at the front desk in our past developments. Let’s learn from them because they are the ones that operate these services on a daily basis – and it was very interesting to hear their feedback. At the Lancasters for example, they were saying: ‘you know, we receive two bags of mail every single day, we receive three racks of dry cleaning every single day, Northacre did not give us enough space to offer these services’, which has highlighted that there are practicalities to consider, too.

Can you briefly tell us about your sailing trip from France to Hawaii and what that experience taught you?

Sailing across two oceans in a 40-foot catamaran and at times being at sea for 30 days consecutively teaches one a lot, especially at the age of 21. The management of risk; when to take it and when to not, along with thorough planning are skills that still serve me well today. Teamwork and diplomacy are also essential skills that I have had to develop, as being with the same people in a very small environment requires both.

Overall, it was a life-changing experience that I will cherish forever.