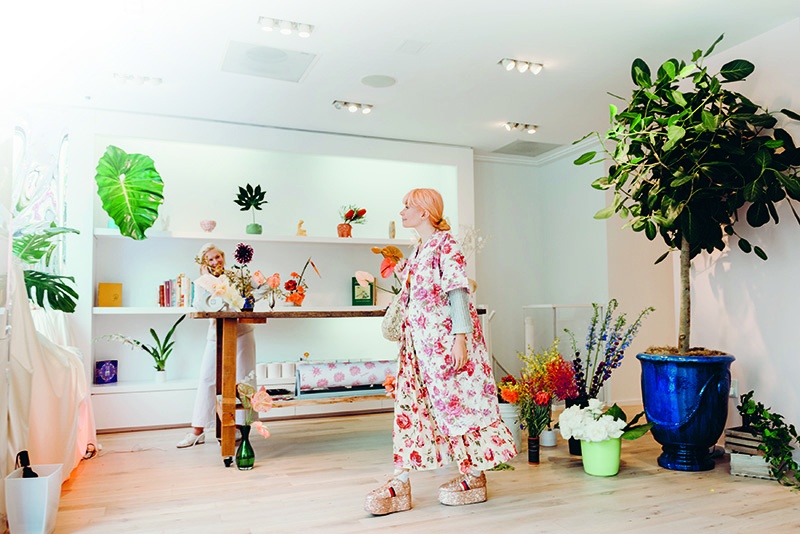 On Madison Avenue, Barney’s New York, 660 Madison Avenue, boasts the Image Studio, a retail experience where a nationally known makeup artist and a talented personal shopper provide head-to-toe service. Boast USA will have a pop-up at 694 Madison Avenue and the luxury perfume brand, Atelier Cologne, is set to open at 950 Madison Avenue. Italian children’s luxury label Il Gufo is moving up the avenue to number 997. Italian-based fashion and accessories label Jennifer Tattanelli replaced Aether at 1082 Madison Avenue and The Tot – a brand offering a selection of the best parenting products – popped up at 1122 Madison Avenue.

On Fifth Avenue, luxury jewellery brand Temple St. Clair has opened a new boutique inside the Saks Fifth Avenue flagship at number 611, offering a range of limited edition and one-of-a-kind high pieces along with the brand’s variety of fine jewellery. The US jewellery designer, David Yurman, is set to open a three-level flagship at 5 East 57th Street.

In Herald Square, Macy’s flagship store launched Beauty Scene: Beauty on Display, an enclosed beauty lounge on the main floor where consumers can play with and purchase products.

In the Meatpacking District, San Francisco-based self-care company Brandless has opened a new pop-up with a purpose to connect the brand more directly with its community of shoppers at 459 W 14th Street. Tory Burch has created a special pop-up shop at her store at 38-40 Little West 12th Street to benefit her namesake non-profit, the Tory Burch Foundation, as a way of championing female entrepreneurs through initiatives centred on the success and sustainability of women-owned businesses. Features will include a photo booth with the foundation’s slogan, #EmbraceAmbition, and a wall that depicts a timeline titled ‘100 Years of Women’s Rights in the U.S.’. Every purchase made at the store ahead of the campaign will see 20 per cent of sales donated to the foundation.

On the Lower East Side, luxury men’s accessories brand Title of Work will open its first flagship store at 57 Orchard Street. The retail space will coexist within the in-house atelier, giving clients the opportunity to watch pieces being constructed in real-time, alongside all other production steps that take place in the same location.

In the Financial District, cashier-less Amazon Go store is opening near the World Trade Center, in Brookfield Place. It will be adjacent to the office and retail complex’s 10-story glass pavilion known as the Winter Garden atrium.

New York News: Bleecker is Back

Brookfield’s ‘Love, Bleecker,’ campaign – unveiling new stores, art installations and cultural programming – is brilliant. Set to revitalize the West Village’s picturesque Bleecker Street, the initiative will run for a year. As part of the campaign, Slightly Alabama, a masculine concept shop selling American-made leather goods with an art installation on display created by Chelsea Hrynick Browne, is open at 350 Bleecker Street. At number 367-369 is Prabal Gurung with a design installation by Edward Ross. Located at 82 Bleecker is Skylight Studios’ rotating gallery space, which currently features walls where the public can write their own love letter to Bleecker Street. Finally, Bonberi is now open at 384 Bleecker, on the corner of Perry Street. The vegan bodega shares a space with unconventional flower shop Fleurotica and Signe Pierce’s incandescent neon-floral window sculptures.