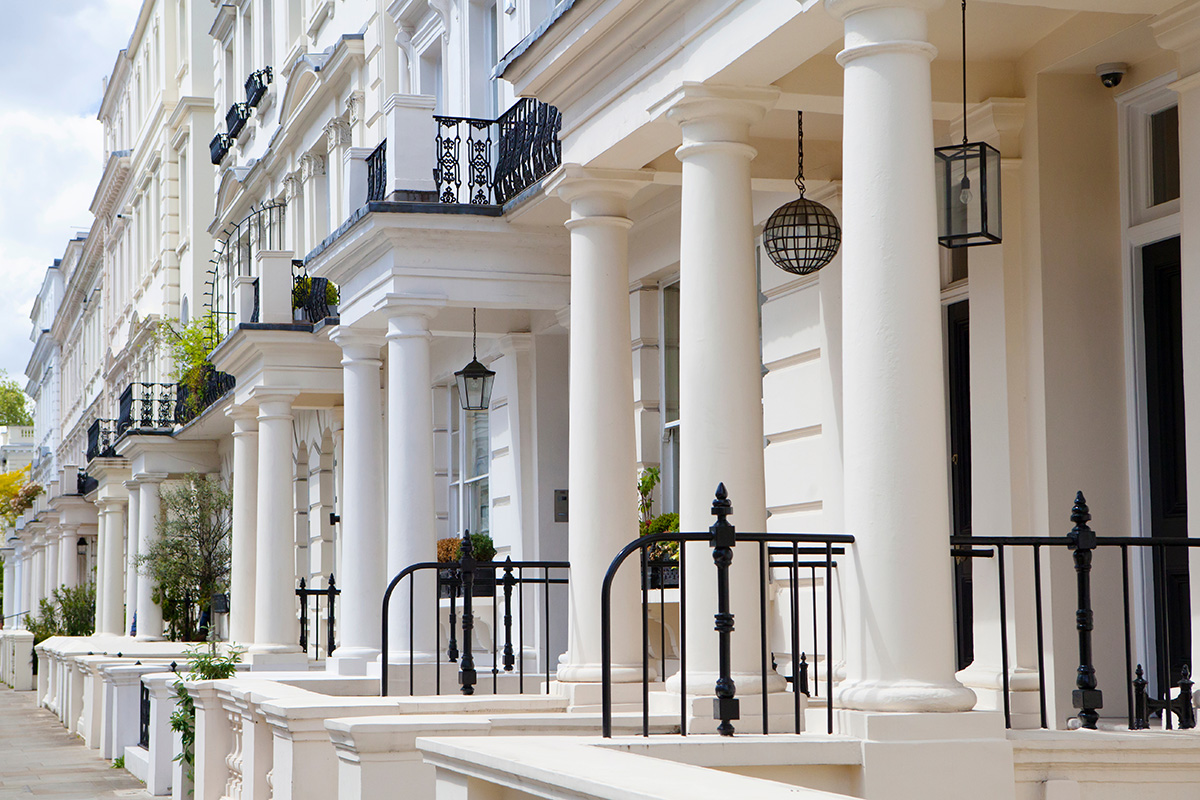 The opening of the new Balenciaga store on Sloane Street and the arrival of The Row in Mayfair will undoubtedly grab the headlines over the coming weeks, and while Bond Street and Sloane Street remain at the centre of the leasing activity,
it is interesting to revisit the London districts of Marylebone, Notting Hill and Brompton Cross.

This has been particularly evident in the regeneration of Marylebone High Street, where the landlord has sought to build a distinctive and well-balanced retail offering. Sartorially speaking, Matchesfashion.com, Theory, Joseph and Paul Smith are long-term residents and the street also features a high proportion of small, independent businesses and a host of specialist food and wine retailers. Additionally, this modest corner of the city is considered to be one of London’s best dining locations.

Such is the reputation for culinary abundance and variety in the area, Howard de Walden and The Portman Estate came together to create the Marylebone Food Festival in 2018, which is running again this year. Howard de Walden also has a residential portfolio and anticipates rents of £3,250 per calendar month for a one-bedroom flat, or £7,550 per calendar month for a reasonable-sized house. There are very few opportunities to lease space on the street – for approximately 1,800 square feet, the guideline rent is £360,000 per annum. No.110 was set to launch to the market in March.

In Notting Hill, the gentrification of the area has been happening since 2000, perhaps coinciding with the release of the eponymous film in 1999. On Saturdays, Portobello Market attracts international travellers and tourists, with more than 100,000 visitors per week, making it one of the largest and most famous market of its type in the world.

Westbourne Grove is the main retail thoroughfare connecting the dots in Notting Hill. A number of luxury and aspirational brands have leased boutiques within ‘The Grove’ and Ledbury Road. Max Mara Weekend, Matchesfashion.com,
Joseph, APC and ERES provide quite an eclectic mix of shopping opportunities. The renowned 202 concept store is situated in the midpoint of the prime thoroughfare, bringing fashion and food together.

Several crescents and squares across the area are characterised by large, stucco-fronted, pillar-porched houses, often with spacious, private gardens. A three-bedroom house would certainly cost more than £2 million, and the average price paid in Pembroke Villas is almost £5 million. By comparison with Marylebone High Street, a reasonably sized store in Westbourne Grove will rent at circa £185,000 per annum for 15,000 square feet.

Brompton Cross is recognised as the south-west equivalent of Notting Hill. The name is actually a generic term for the area where Brompton Road meets Fulham Road, Pelham Street and Sloane Avenue. Bibendum restaurant and the original Conran Shop sit at the centre of the area’s retail activity. Joseph has a number of shops in the area and, quite cleverly, the family purchased buildings when the label’s founder first identified the location as an obvious retail hub, at the heart of one of the wealthiest residential districts in south-west London.

For more than 15 years, Chanel had a successful boutique at the junction of Fulham Road and Brompton Road, but it now has a new, much larger boutique at 202 Walden Street, which opened in October 2018. Other key landmarks include the original Joseph store, Stella McCartney, KX Gym, Daphne’s and Aubaine restaurant, which is always a point of reference with the high-spending locals.

A former council flat in the block above Stella McCartney was the first property of its style to be sold in the area, for more than £1 million. The Mandarin Oriental-sponsored redevelopment of the former John Lewis warehouse, now The Clearings, offers apartments from £10 million. In terms of leasing opportunities, 114 Draycott Avenue (approximately 1,500 square feet) is available to lease at £245,000 per annum.

It may be no coincidence that a number of brands are represented within all three of these ‘villages’. It’s also worth considering that the combined total of property costs for boutiques in each of these locations would be less than one reasonably sized store on Bond Street and Sloane Street – perhaps another attraction.