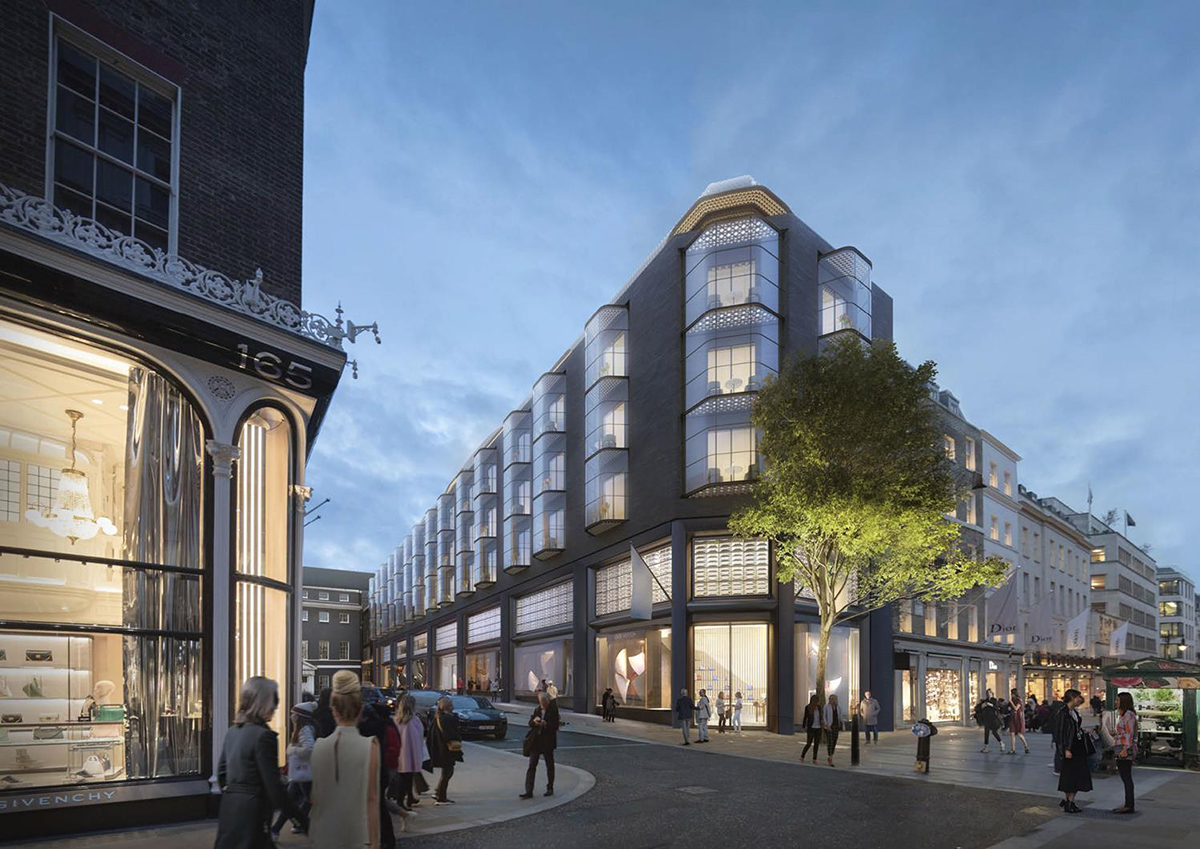 The old cliché about London buses – that after waiting a significantly long time for one, three will come along at once – is now very true of Old and New Bond Street. There are a number of successive launches on the horizon: now open at 9 Old Bond Street is Michael Kors Collection, Chopard at 13/14 New Bond Street and CELINE at 163 New Bond Street.

In the circumstances, this supply/demand equation is slightly better than neutral, until you venture north of the junction of New Bond Street with Grosvenor Street (Breitling). In this location, more than 20 leases are available.

The delay of Crossrail and its Bond Street station opening no earlier than March 2021 has adversely affected the leasing campaign of GPE (ownership from 64 – 72 New Bond Street).

Many of the new openings follow transactions concluded some time ago, but looking to the future, the arrival of the Cheval Blanc Hotel, Spa, Louis Vuitton café and store (opposite Asprey into Grafton Street), will certainly reinforce the prime luxury retail location in New Bond Street – a £500-million project.

Coincidentally, LVMH Group-owned Belmond Cadogan Hotel has opened at the mid-point of Sloane Street. It’s a well-timed, welcome addition to the street, given that Harrods has just been named as the world’s best-performing luxury department store according to a study by architects, Sybarite in partnership with GlobalData. Many luxury brands may be satisfied with representation in Harrods as a substitute for a store on the main thoroughfare.

Back to Mayfair, and the Marchesi 1824 Bakery by Prada is due to open at any time, replacing the Mount Street Deli, (now closed). Twenty-Seven Mount Street is also under offer, (rumoured to be ESCADA) although the custodian landlord, Grosvenor, will be seeking a new tenant for No. 24/25 (currently CELINE) when the LVMH Group brand relocates to 103 Mount Street following its aforementioned refit.

At least three other leases are available, with a couple of other brands on South Audley Street, ‘reviewing their presence’.

It is definitely still quite challenging leasing retail spaces in Mayfair, as the full effect of the Rating Revaluation and Phasing 2016 filters through into the annual rates payments; not to mention the ‘B’-word!

This article was originally published in Luxury Briefing issue 214.