Sweet Dreaming: Savoir’s Alistair Hughes on the art of a good night’s sleep 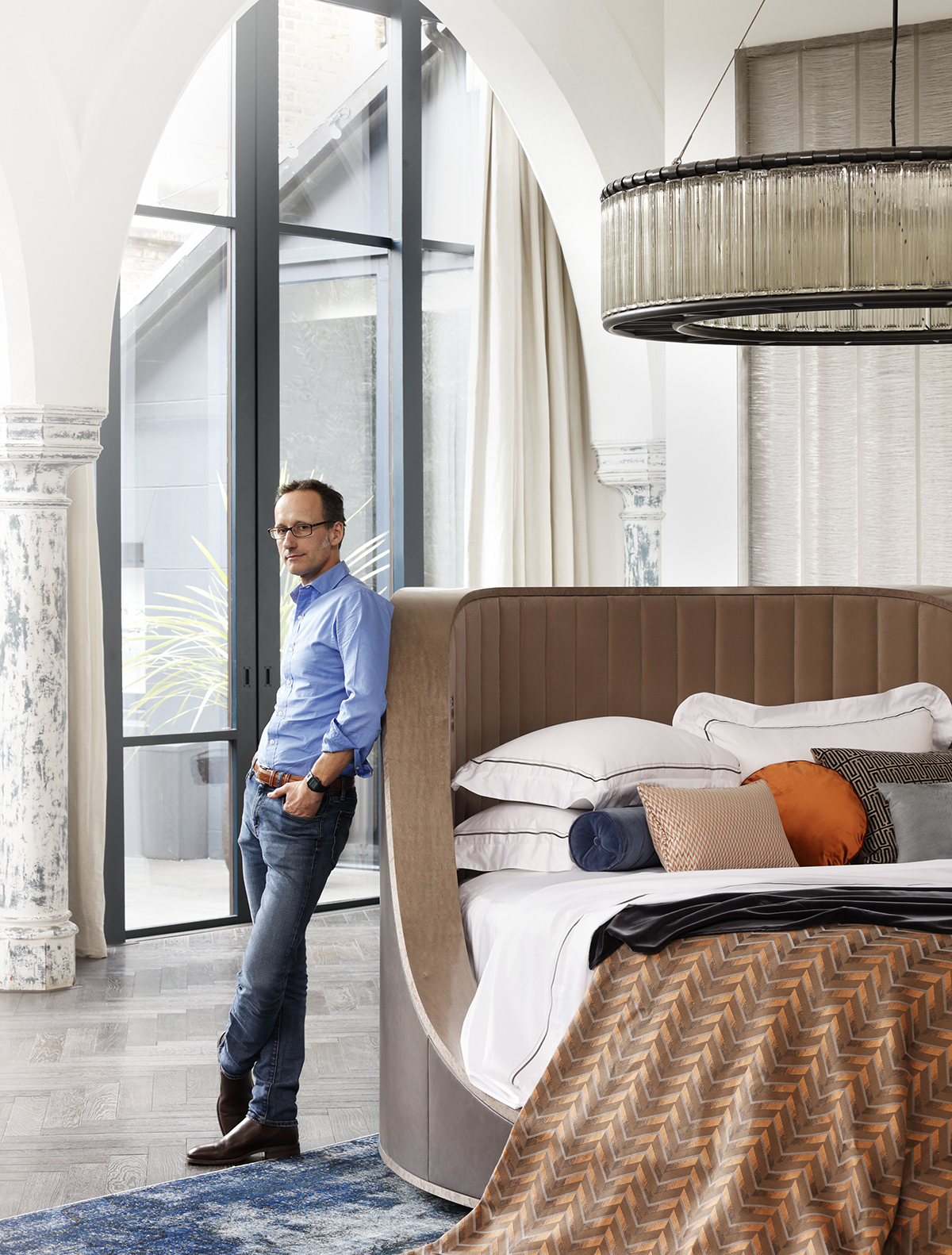 For more than a century, Savoir has been perfecting the art of a good night’s sleep with its bespoke beds. The brand’s dedication to craft, heritage and skill has seen its success with many discerning clients seeking a peaceful slumber, as Belinda Craigie writes.

Since 1905, Savoir has been working toward creating the perfect night’s sleep. It all began when, during a hotel refit, upholsterer James Edwards Limited was commissioned by Richard D’Oyly Carte to create a bespoke bed for The Savoy. This luxurious model slumbered on by the rich and famous through the decades, is still made today by Savoir as the Savoir No.2 bed.

Among the bed’s illustrious patrons are Liza Minnelli, who is said to have refused to leave the Savoy without one; and Emma Thompson, who declared that it had cured her insomnia. Despite such high-profile praise, the beds weren’t available to the general public, a missed opportunity that Alistair Hughes, now Owner and Managing Director of Savoir, took advantage of when he and a business partner purchased the business in 1997.

After years of working for large businesses, Alistair was ready to make the switch to something more ‘hands-on and entrepreneurial. I couldn’t imagine a better heritage for a bed company; it had been created with the sole aim of giving the best night’s sleep to the most demanding clients in the world… The opportunity was too good to pass up.’

He acknowledges that the market for luxury has grown from when he bought Savoir 22 years ago, noting that Asia, in particular, is a segment growing from strength to strength. Other changes include the shift to more experiential consumption, including the trend towards wellness experiences, which feeds directly into Savoir’s market. A good night’s sleep, according to Alistair, is now being embraced as equally an important consideration for health and longevity as exercise and a balanced diet are.

The most significant change, though, has been the increase in discerning clients. ‘More than ever, [they] want to know what goes into and makes a brand, and to make sure that they are getting something unique.’

And that’s exactly what Savoir has set out to achieve with its bespoke beds. Each is hand-crafted and made-to-order at Savoir Bedworks in North London and in Wales, just outside of Cardiff. Natural materials are used in the manufacturing process, such as curled horsetail to provide temperature control and a breathable sleeping surface. The end goal is to provide a sleeping experience that is ‘weightless and beautifully comfortable’, as well as aligning with the specific design preferences of each customer.

Savoir’s client testimonials seem to validate the company’s fulfilment of these objectives, with interior designer, Nicky Haslam, writing to Alistair professing his love for the new bed. ‘Oh Golly, my mattress. I want to eat it, let alone sleep on it…. a soufflé of white marshmallows dotted with dollops of caviar. I went to bed immediately after getting home from the office at 6:00 pm and listened to a sublime recording of Don Carlos and drunk gin in total, blissful luxe.’

Author Jacqueline O’Mahony was equally complimentary following the purchase of a Savoir for her tenth wedding anniversary, telling Alistair, ‘holidays have been ruined for us now because no hotel has a bed as comfortable.’

The bespoke nature of the Savoir product makes it a natural fit for designer collaborations, which the brand works on with selected partners annually. Previous collaborations include projects with The National Gallery, Nicole Fuller, and Steve Leung. Alistair says that designers enjoy partnering with Savoir because of the control that the company has over every element of production.

‘Beds for superyachts or fantastic headboards inspired by art or architecture – we can craft and create anything. The Savoir designers work closely with collaborators to design a personalised, unique piece of furniture. It’s always a special moment when we have designers visit the Bedworks because they are often astounded by the amazing and extremely skilled craftsmen.’

In June, Savoir is launching its most luxurious bed, THE THREE SIXTY, a one-off piece which will be available exclusively at Harrods. The circular, rotating design has been meticulously developed by Savoir’s craftsmen and informed by the company’s 114 years of producing tailored beds. Among its features are soft leather and Birdseye maple on the exterior, and soft velvet on the arched interior. An exclusive HKy topper is the pièce de résistance of THE THREE SIXTY, made from an indigenous species of Mongolian yak that produces 100 grams of fibre per yak annually.

Though Alistair believes that the over-used nature of the word luxury has rendered it ‘almost meaningless’, he does assert that it should represent ‘high quality, great passion, amazing provenance and uniqueness or exclusivity’; all attributes that Savoir has set out to master with the development of THE THREE SIXTY. ‘The detail is pure perfection’, concludes Alistair.