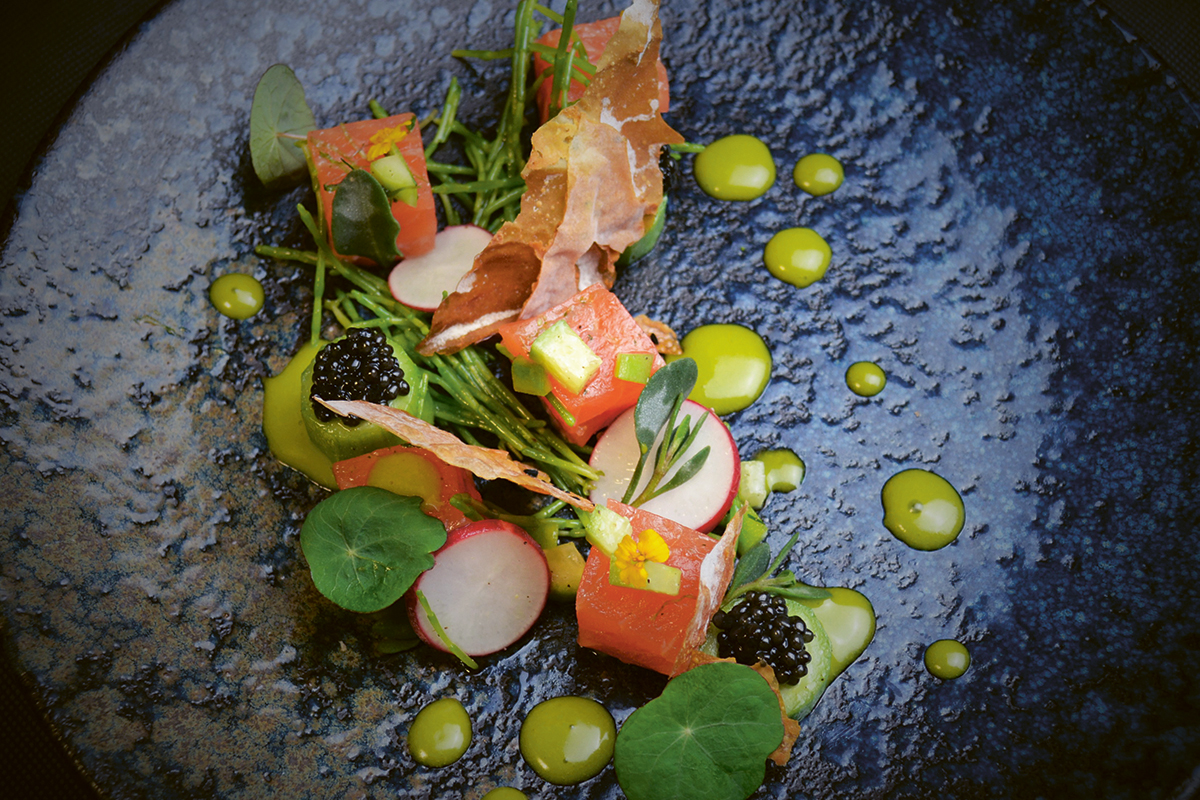 Attilus Caviar has cemented its reputation for raising the finest sturgeon in the world. Through a conscientious farm-to-table approach, Attilus Caviar is celebrated by chefs, culinary aficionados and foodies alike, writes Catherine McMaster.

No ingredient is more elusive, evocative or emotive than caviar. Defining the taste is simply impossible; it differs from fish to fish, from one harvest to the other.

It’s this uniqueness and idiosyncrasy of flavour that elevates caviar to its status as the ‘food of the gods’. Attilus – meaning ‘great sturgeon’ in Latin – is a leading caviar brand and champion of the rarefied delicacy, known for humbly purveying this seraphic ingredient for us mere mortals to enjoy.

As a leading independent caviar producer, Attilus is dedicated to raising, harvesting and nurturing the world’s finest sturgeon in a sustainable and eco-friendly manner from its fishery in Jessen, Germany. As Peter Bahrs, Attilus farm manager explains: ‘Our philosophy is simple: just as the quality of the champagne begins in the vines, so the health and wellbeing of our fish determines the quality of our caviar.’

‘Our ongoing pursuit of excellence combines an appreciation for tradition with the appreciation of modern-day technology. For us, creating one of the world’s most elite natural delicacies requires patience, precision and a commitment to maintaining the very highest standards.’

Caviar is an ancient food source with a prestigious pedigree; it was believed to have been discovered by the ancient Persians, and like so many culinary concoctions of that time, was also celebrated for its medicinal powers. By the Medieval Ages, it had evolved to become a delicacy often seen on the banqueting tables of the upper echelons of European society.

As Bahrs clarifies: ‘In 1324, the English king Edward II declared sturgeon to be a ‘Royal Fish’ and only people within the royal court were permitted to eat it. This is a tradition that continues to this day – all wild sturgeon found within the foreshore of the United Kingdom are still decreed the property of the monarch.’

Few ingredients can boast such an illustrious stature. Yet, caviar has always differentiated itself from its contemporaries; it’s a delicacy enjoyed by few but savoured and admired by all. Like truffle and abalone, no one serving of caviar is ever the same. Each sturgeon is unique and produces different iterations of eggs, and subsequently flavour.

Bahrs clarifies this polarity: ‘The taste can differ not only for different species but also for the different fish. Baerii is considered to be among the finest caviar in the world: it’s produced from the Siberian sturgeon [Acipenser baerii]. Its silky medium-size pearls are recognised for their aromatic and elegant spicy flavour with an aftertaste that is crisp and clean.

‘Oscietra is the connoisseur’s choice of caviar. Produced from Russian sturgeon [Acipenser gueldenstaedtii], it has a slightly nutty flavour with plenty of depth and richness and a mellow aftertaste that lingers on the palate.’

‘Beluga is the world’s best-known caviar. Produced by the Huso huso sturgeon, it is the rarest and therefore most expensive caviar. The large-size roe is delicate in texture, which provides a rich, creamy flavour with a hint of hazelnut.’

Caviar is the perfect ingredient to elevate any dish. Kuba Winkowski, executive chef at The Feathered Nest Inn in the Cotswold and National Chef of the Year 2019, is known for his penchant for curing, fermenting, smoking, drying, ageing and churning his ingredients. He is also a loyal consumer of Attilus Caviar, as is chef Paul Askew of the Liverpool Art School.

However, caviar isn’t only reserved for professional kitchens. Rather, thanks to Attilus’ same-day delivery service, everyone can enjoy epicurean heaven within the comfortable confines of their own home. The most tantalising of matchings – as suggested from Attilus – is with smoked salmon and cream cheese. Naturally, it’s complemented with a glass of champagne.

‘Creating one of the world’s most elite natural delicacies requires patience, precision and a commitment to maintaining the very highest standards,’ Bahrs explains.

So, how does Attilus differentiate itself in the competitive caviar industry?

‘Our ongoing pursuit is excellence combined with an appreciation for tradition with the application of contemporary technology. A direct farm-to-table model, in other words. This means that each product is easily traceable, ensuring premium quality and value for money.’

This distinctive farm-to-table relationship that Attilus has fostered and curated makes them an entirely unique entity within the global caviar market.

‘What sets Attilus apart from many other caviar retailers is that we manufacture rather than resell,’ as Bahrs highlights. This is an important point of differentiation and ensures the contents of each caviar tin is of premium quality and can be directly traceable – an important factor in the luxury culinary market.

Some food sources can not only tantalise the epicureans among us, but some, like caviar also have the ability to be a culinary status symbol as well. A combination of taste and price elevates Attilus Caviar and makes it the most covetable delicacy within the luxury goods market.